If you've loved the crime thriller Mafia, watch these other riveting thriller series like Lalbazaar and State of Siege: 26/11. 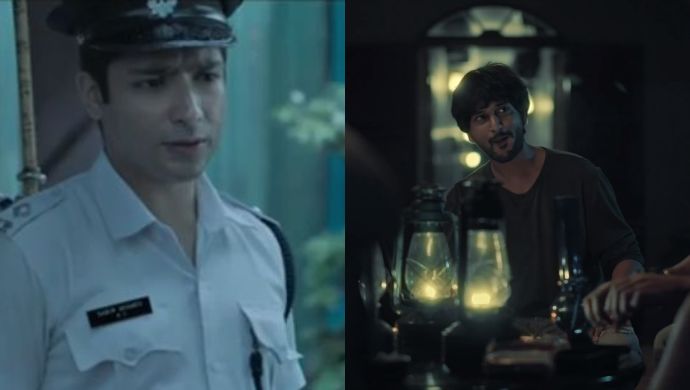 For those who haven’t watched the thriller Mafia, as yet, the series is directed by Birsa Dasgupta, and it follows the plot of six friends who reunite for a bachelor party several years after college. They had been extremely close in their college days, only to separate after having to keep a dark secret. They become enmeshed in a dangerous cat and mouse affair while playing the classic parlour game called Mafia in the town of Madhupur, the scene of their original crime.

The crime thriller Lalbazaar is the latest ZEE5 Original series on the platform to be making waves all over the country! Starring a cast of brilliant actors including Gaurav Chakrabarty, Sabyasachi Chakraborty, Kaushik Sen, Sauraseni Maitra, Hrishitaa Bhatt, and Ronjini Chakraborty, the series directed by Sayantan Ghosal is based on the sinister crime cases that the homicide department of Kolkata Police investigates and crack. Don’t miss this ultra chilling thriller that is sure to keep you riveted throughout!

Based on the terror attacks of 2008 in Mumbai, State of Siege: 26/11 explores the previously untold stories of those who fought and suffered losses during this nerve-wracking time. It gives us deep insight into the incidents from the perspective of the courageous NSG Commandos who fought valiantly to protect our nation and its civilians, and hooks you right from the first scene. Watch the first episode here.

Kaali follows the life and struggles of the titular protagonist played by Paoli Dam, who is a single mother and works as a masseuse. She turns to some terribly dangerous crimes and races against time and vicious foes as a last resort to come up with the enormous sum of money needed for an urgent surgery that will save her son’s life. This one is packed to the hilt with high octane action and drama, so catch it now on ZEE5!

Karkat Rogue is another ZEE5 Original series which is a medical thriller about Dr Beas Banerjee (Chitrangada Satarupa), a forensic surgeon who stumbles upon a clandestine racket by another doctor. She gets to the bottom of it with the help of Police Inspector Barun Sarkar (Indraneil Sengupta). It is based on the novel Karkat Kranti by author Indranil Sanyal and is shot in Kolkata.

Judgement Day is a ZEE5 Original series starring Sohini Sarkar and Madhumita Sarcar. The story revolves around two sisters from North Bengal, Diya and Hiya. Hiya is raped during her visit to Kolkata, and her advocate sister Diya takes it upon herself to punish the culprits. Filled with suspense and action, Judgement Day also has a powerful social message.

Which of these thrillers will you watch first? Let us know in the comments below!

Airtel Users Can Now Buy The Monthly ZEE5 Premium Subscription At A Special Price Of Rs.79

Virgin Bhanupriya: 7 Things Like Losing Your Virginity May Look Simple But Is Not As Easy