International Women’s Day will be celebrated on 8 March every year. The occasion is celebrated on a large scale as it is a focal point in the movement for women’s rights. Bollywood industry has evolved in itself a few years ago. They started coming up with female-centric Hindi movies that created a lot of impact on society. The movies not only did amazingly well on the box office but also emerged as powerful films. On the occasion of International Women’s Day, here we have a special tribute to the Women. We have listed 9 popular and powerful films that manifest female empowerment. Take a look:

Tushar Hiranandani directed a biological drama film which spoke about the sharpshooters Chandro and Prakashi Tomar. The film featured Taapsee Pannu, Bhumi Pednekar and Prakash Jha in lead roles. This is a real-life story which is about two old age females, Chandra and Prakashi Tomar who became an expert in sharpshooting and have been inspiring other women since then.

Veere Di Wedding is a female-centric film which stars Kareena Kapoor, Sonam Kapoor, Swara Bhaskar and Shikha Talsania in lead roles. The movie talks about a strong bond between these four girls and how they support each other in tough times.

Sanjoy Nag helmed movie Yours Truly was released in 2018 and starred Soni Razdan, Pankaj Tripathi and Aahana Kumra in important roles. The story line of the movie is about a middle-aged government employee who finds herself on the verge of retirement from her job. Mithi’s innocent gesture and her love for her job are what makes this piece of art a must watch on International Women’s Day. As Mithi is about to retire she gets anxious to find her imagined soulmate. This movie is breaking the stereotype and is winning audiences hearts with its story.

Gauri Shinde’s helmed movie English Vinglish was released in 2012 and starred Late Sridevi who marked her come back to filmmaking after 15 years. The story of the movie revolved around a middle-aged woman who sheds her inhibitions and tries to do something for herself. The movie is about how she learns English and shuts everyone up who tried to low her self confidence.

Kahaani 2 movie was directed by Sujoy Ghosh and was released on 2 December 2016. The film starred Vidya Balan and Arjun Rampal in lead roles. Bollywood actress Vidya who played the role of Durga Rani Singh is charged with kidnapping and murder. The actress received the award for her performance in the movie and it garnered ₹16.97 crores across the globe.

Jag Mundhra directed the British biological drama film – Provoked, which was released in 2006. The movie featured Aishwarya Rai Bachchan, Naveen Andrews, Miranda Richardson, Robbie Coltrane, Nandita Das and Steve McFadden in main roles. The plot of the movie revolved around the true story of Kiranjit Ahluwalia who killed her abusive husband. The movie is all about Kiranjit and her long-suffering that finally came to an end.

Badnaam Gali was released in 2019 and featured Patralekha Paul and Divyenndu in the lead roles. The story of the movie talks about surrogacy but in a humorous way. In the movie, actress Patralekha essayed the character of Nayonika and Divyenndu played the role of Randeep Singh Sodhi. The movie is a treat to eyes that talks about an important matter but in a comic way.

9. Manikarnika: The Queen of Jhansi

Kangana Ranaut’s starrer movie is a biological period drama –  Manikarnika: The Queen of Jhansi which talks about the fearless Queen of Jhansi – Rani Laxmibai, who was the first woman who fought against the British army and had begun the first war of independence. The movie showcases the journey of Rani Laxmibai. Right from taking birth in Bithoor to becoming a warrior and Queen of Jhansi, Rani Laxmibai is an inspiration for many who taught us to fight for our rights.

Which of these films inspires you? Tell us in the comments section below. And Happy Women’s Day to all the amazing ladies out there! 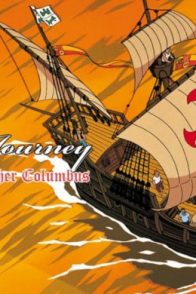