It seems Gurmeet’s decision to do JP Dutta’s war film brought a smile to his father’s face. Here’s why. 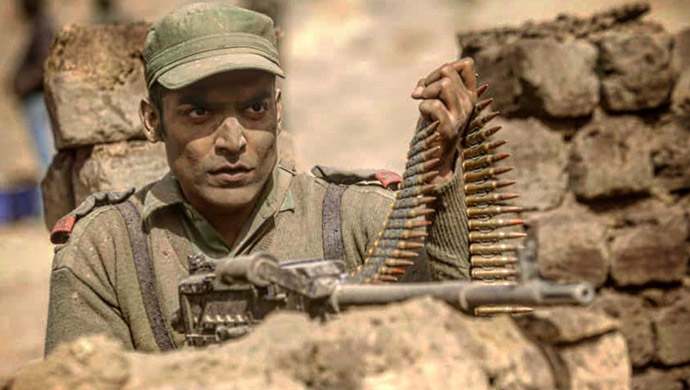 Remember as kids, how we had a profession in mind that we wanted to pursue? Well, the course obviously changed, and we didn’t become a doctor, engineer, soldier, that we dreamt of being. And it was not just us who didn’t follow the professions our parents wanted for us. Even Paltan’s Gurmeet Choudhary did so. But with his profession, the actor also managed to fulfill the dream his father had seen for him.

Gurmeet celebrates his birthday on 22 February 2020.

The Khamoshiyan actor who is quite a celebrated name on the small screen hails from an army background. And like any Indian parent, even Gurmeet’s father wanted him to serve the nation. Though the army life fascinated him, the actor chose the world of glamour. However, even though a little late, Gurmeet made sure that his father saw him in that army uniform.

"As a kid too, I was enamoured by my Dad in uniform, which I got a chance to wear only for the camera. Hence, for me PALTAN was a journey to salute the real heroes, who guard our country." #paltan

It seems that playing a soldier would have brought him closer to his father. In fact, sharing a picture on Instagram, Gurmeet wrote, “As a kid too, I was enamored by my Dad in uniform, which I got a chance to wear only for the camera. Hence, for me, PALTAN was a journey to salute the real heroes, who guard our country.”

My father( left)who could not make me join the army! My other father (father figure, right) made me an army man!! Of Paltan for paltan by Paltan #Paltan Jai hind #happyindependenceday

I am sure, though not in real life, seeing Gurmeet in that uniform would have brought a smile on his father’s face. In the film, Gurmeet is seeing playing the character of Prithvi Singh Dagar. Gurmeet on screen is always impressive, that is a given. So Gurru fans, if you haven’t watched Paltan yet, you guys are surely missing out on a stellar performance the actor has given.

Head to ZEE5 and watch his stellar dance performance at the Zee Gold Awards 2018.

Chhota Hatim And Seven Monsters: All You Need To Know About The Legend On ZEE5 KIDS

All You Need To Know About Fight For Power In Luv Kushh: The Serpent King On ZEE5 KIDS