Can You Guess Which Popular Show Ishq Subhan Allah’s Shalini Arora Was Also A Part Of? 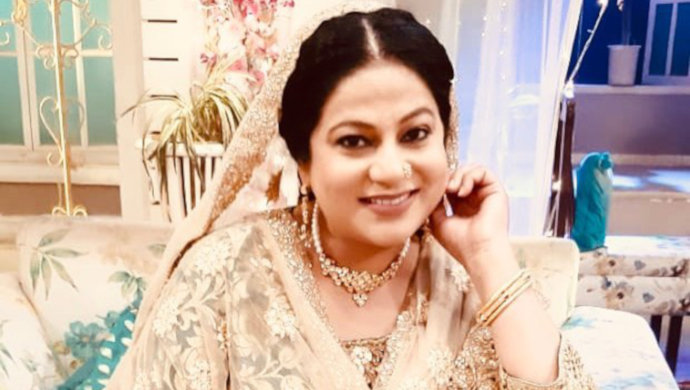 One of the top-rated shows Ishq Subhan Allah essentially focuses on the character Zara Siddiqui and her life after marriage. Actress Eisha Singh plays the female lead, Zara, on the leading daily soap. It is mention-worthy that the series features strong women roles including that of Zara’s mother Salma Siddiqui. Shalini Arora, who was also a part of television serial Pavitra Rishta, plays the part. The Ankita Lokhande – Sushant Singh Rajput starrer television series was the most watched show until Sriti Jha-Shabir Ahluwalia’s Kumkum Bhagya took its place.

Call it the impact of her stint in Pavitra Rishta, Shalini later bagged others small screen projects including Geeta and Apno Ke Liye Geeta Ka Dharmayudha. She has also featured in And TV serial Bhagyalaxmi. Needless to mention, Shalini has been on a roll! Her innings and repertoire only go on to reflect on her hard work and sincere efforts with varied portrayals in her kitty.

The senior actress also has a silver screen performance to her credit. Shalini played the role of Lal Bahadur Shastri’s mother in a biopic made on the national leader. The movie is called Jai Jawaan Jai Kisaan. She has starred in films like Fuddu and Zameen too. Currently, she is only seen on Ishq Subhan Allah.

Speaking of Ishq Subhan Allah, the current track shows Zara and Kabir Ahmed ending their fight. Kabir has now decided to get a job and earn his own money. Zeenat, meanwhile, is plotting to kill Zara with aid from her sister Rukhsar.

What do you think will happen in the next episodes to come? Which of Shalini’s performances do you love the most – Bhavna Kaki or Salma Siddiqui? Let us know your choice(s) in the comments box below!

Looking For A Light-Hearted Movie? Golmaal: Fun Unlimited Will Leave You Laughing Out Loud, One Scene At A Time