Celina Jaitly Haag: I Am Elated And Honoured Season’s Greetings Is Releasing On ZEE5 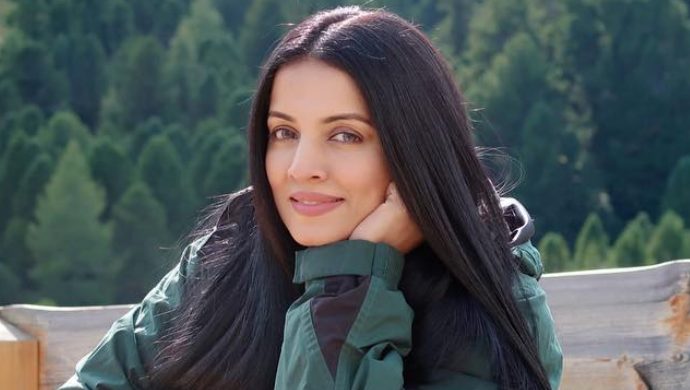 Celina Jaitly Haag is set to return to cinema with author-turned-director Ram Kamal Mukherjee’s film Season’s Greetings. The movie is particularly special for the Apna Sapna Money Money actress because it is based on Article 377 and the LGBTQIA community. Celina has been an activist for the community for nearly 16 years. Season’s Greetings is a tribute to the legendary Rituparno Ghosh and marks India’s first-ever feature collaboration with the United Nations Free and Equal. Celina shares screen space with theatre thespian, film and television veteran Lillette Dubey and debutant Azhar Khan in the film that also marks the debut of Bollywood’s first transgender actor Shree Ghatak.

In an exclusive chat, Celina expressed her happiness over Season’s Greetings’ premiere on ZEE5, slated for post-Diwali. “It’s an immense pleasure to have my digital debut on your esteemed platform. It is marvellous to associate with a massive platform like ZEE5 which now is reaching more than 61 million monthly active users within a year of its launch. Our film is in complete coherence with ZEE5’S groundbreaking philosophy for original content that is based on 3 R’s – Real, Relevant, and Resonant, even reaching massive untapped audiences along with its impressive reach across 190 plus countries around the world. Also advantageous for our film is the fact that there is an affinity for zee5 content even beyond the Indian diaspora in several markets given their pre-existing linear network of 39 channels in over 170 countries. Needless to say, I am elated and honoured to have our film Season’s Greetings released on such a revolutionary platform,” she shared.

Earlier, the actress had spoken about the film and revealed, “It is great to associate with a massive platform like ZEE5. This is a special film and it was indeed a pleasure to work with Director Ram Kamal Mukherjee and the entire cast and crew of the film. When Ram Kamal narrated the story to me, I immediately connected with Romita’s character because she is real, just like any character from Rituparno Ghosh’s film. Since the last two decades I have been closely working with LGBTQIA cause and this film deals with issues related with the community and abolishment of article 377. This film is about celebration of love and freedom.”

Bollywood megastar Amitabh Bachchan had unveiled the first poster of Season’s Greetings on 56th birth anniversary of late Rituparno Ghosh on 31 August 2019. In case you missed it, check it out here:

Khiladi Ek Roop Anek: 10 Films That Prove Akshay Kumar Can Play Any And Every Role

Ravi Dubey On His Jamai 2.0 Co-star Nia Sharma: She Is The Most Transparent Person I Know