Besides grooving to hits like Sona Kitna Sona Hai, Le Gayi Le Gayi, Karisma revealed details of a gift received at Saif-Kareena's wedding to a daily. 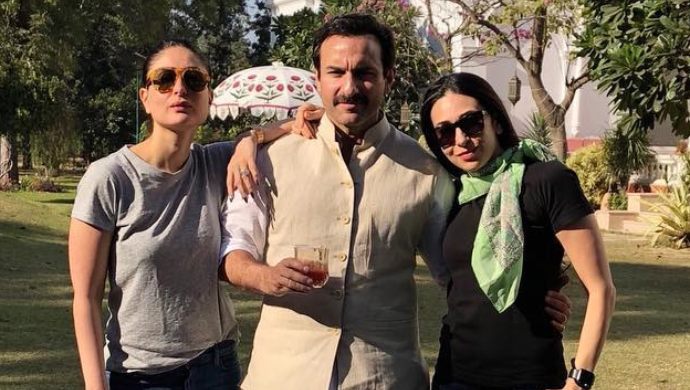 Actress Karisma Kapoor filled in for ‘gorgeous sister’ Kareena Kapoor as one of the judges on Dance India Dance 7: Battle of the Champions. Making a splash in a magenta sequined Zara Umrigar creation, Karisma totally kept up with Kareena’s television style file on the dance-based reality show. On the show, Lolo shall be seen shaking a leg to her 90s chartbusters from blockbuster films like Hero No. 1, Coolie No. 1 and Dil Toh Pagal Hain amongst others. During the shoot of the episodes, Karisma spoke to a leading tabloid and shared details of a ‘cherishes possession’ received at Kareena’s wedding with Saif Ali Khan in 2012.

Recalling brother-in-law Saif’s endearing gesture, Karisma told the daily that he gave her a beautiful gift on the day the Pataudi scion married his sister. “Nawab sahib, in his nawabi style, gave me a beautiful gift, a pair of earrings that is a cherished possession even today,” she was quoted as saying by the tabloid. She further added that Saif is “amazing, super cool and chilled-out person.”

Kareena, last month, flew to London for a vacation with husband and son Taimur Ali Khan. The actress also commenced the shoot of her upcoming film alongside Irrfan, Angrezi Medium. She has been juggling between London and Mumbai, where she often flies to for the shoot of her television debut stint on Dance India Dance. Karisma, along with parents Randhir Kapoor and Babita, joined the Pataudis in London for ringing in the former’s 45th birthday. Soon after the family celebrations, she was back in town to step into her sister’s shoes for Kareena couldn’t make it to India last week.

Rest assured, Karisma shall make up completely for Kareena’s absence as the actress too had a blast with the contestants and co-judges Bosco Martis and Raftaar during the shoot. Check out exclusive pictures from the upcoming episodes of DID here:

In case you missed watching the teaser, catch it here:

Now carry your entertainment with you everywhere with the latest collection of movies and series on ZEE5!