Mukul Dev, who will be next seen in ZEE5 Original State of Siege: 26/11, opens up about writing for the web, working with Rahul Dev and more. 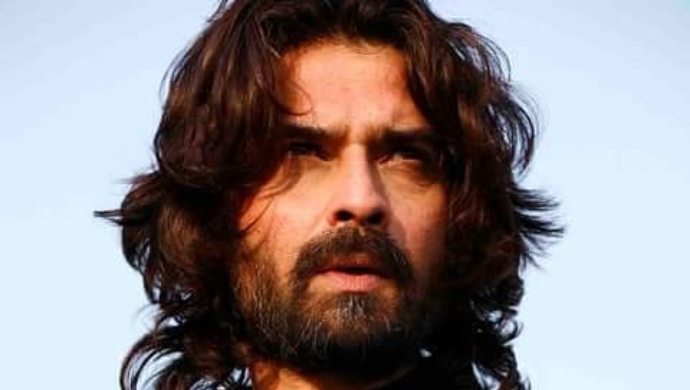 A trained commercial pilot, actor Mukul Dev turned writer with Omerta, a 2017 biographical crime drama film. The movie stars Rajkummar Rao as Ahmed Omar Saeed Sheikh, British terrorist of Pakistani descent and his role in the 1994 kidnappings of Westerners in India. Mukul, who is set to play a terrorist handler Lakhvi in the upcoming ZEE5 Original State of Siege: 26/11, said the experience of Omerta helped him a great deal with the role. In an exclusive interview, he opens up about playing Lakhvi, writing for the web, working with brother Rahul Dev, returning to aviation and more. Read excerpts here:

You have written Omerta which is based on terrorist Ahmed Omar Saeed Sheikh. Did that experience come handy while filming State of Siege: 26/11?

It did, as a matter of fact, it helped a lot. I discussed a few tidbits of the writing with our director Matthew as well. I was on a flight, I remember reading a small booklet which had narratives of various journalists across the country about one particular terrorist or handler of some sorts. It had profiles of Osama Bin Laden, Maulana Masood Azhar, among others 12-15 biggies of the terror world. I stumbled on this profile of Omar Saeed Sheikh. At the very outset, he didn’t seem like the apt candidate to become a terrorist. He was a topper in the London School of Economics, he played chess and was a brilliant all-rounder. He could speak five to six different languages. Then how he got inducted, fell prey to racism, born and raised in England and later he got introduced to terror outfits. The operations in these outfits became an act of revenge against society. He was unlike any other terrorist. You wouldn’t see him holding an AK-47. He’d smooth talk the foreign nationals and hold them at ransom. He was a kidnapping expert and because he was one of his own kind, I thought he was very unique. Omerta was a dark and edgy thriller, it was meant for social awareness that this is the quintessential new face of terror. It could be any guy in the city.

Similarly, I wanted Lakhvi to come across as any random person. I wanted him to come across as normal and regular as possible. In films, they dramatize things, people holding up guns and shouting slogans. But the more real the handler is, the more captivating it seems I feel.

Have you written anything else after Omerta?

The kind of stuff I write, some could call it abstract. I am not equipped to write like regular Hindi film writers. I don’t think in Hindi, I only think in English.

But the web is a platform that encourages all kinds of writing…any plans to venture?

I am trying to churn out some content for OTT, not putting in any bracket because even the films being made are much better. Whatever time I get off acting, I think and try to write. I am trying to get across my work as a writer as well but of course, it should be as different and unique as Omerta was.

Between web, film and television, what has been the most challenging medium and why?

The most challenging one has been the web. It has come at a time where I need to gallop up. Things were different earlier. But for the OTT, things go by the rule including your performances. So, to make that transition after being spoiled in the Indian film industry for 15 years, you need to get your act together. I was introduced to films in the 90s, from then to now, there has been a transition in writing as well. If I am shooting films, I know things at the back of my hand. But with the web, I am learning new things. The character sketches are far better and explicitly sketched out. The online platform is more about acting rather than whatever celebrity power you bring on the sets. I think the web has shown me in a different light. The new generation sees me like a guy who is 6 feet tall, has this voice and can do certain things. They don’t refrain from putting me in any particular box so that limitation is out.

Any thoughts on taking up direction?

No, I don’t know (laughs). No one really offered to me. As a writer, I do see people coming to me. I get off-handed calls asking if I have something. Writing is more of a comfort zone kind of a job. You need to be powerful and clear in your head to be a director. I am learning. But writing, something should come out this year.

What a story that is! I am aware of that. They were shooting Operation Parindey in Bhatinda I remember. It’s a great thing that both Rahul and I have back to back releases on ZEE5.

Check out the first look of Operation Parindey here:

Do you consult each other or bounce off ideas when signing something new?

There are a lot of roles that Rahul doesn’t want to do. He didn’t want to do Yamla Pagla Deewana. He is a teetotaler and has never had a drop of alcohol in his life. The character was a guy who is drunk throughout. And I ended up receiving a lot of awards for the same.

Has it ever crossed your mind to write something which would feature you and your brother together?

It has! Of course. My father was a policeman. In the many cases that he solved, there is one which he was well-known for and got rewarded too. There is a character in that story that resembles more or less me or my brother. My father left behind a trail of so many crime stories, the chronicles of Delhi Police. It does cross my mind to pen down a story that would star both of his sons.

What keeps you fit even when nearing the 50s?

I am a runner. I am very well near 50. I am addicted to running. I am a long-distance runner. So that keeps me fit I guess.

Any plans to go back to aviation?

I have a Senior Commercial Pilot license. To keep it, one has to fly at least 20 odd hours in three years. So that being a requisite, I do end up flying and land up at my clubs. I do my sorties and get back to acting. Even that is a different high!

We have seen you and Rahul both play negative characters several times. Are you consciously inclined towards such roles or is the kind of offers that come your way?

Both, I guess. I started my career playing the sweet boy. I got bored of playing the clean-shaven sweet boy. When I started getting offers for negative roles, I started actually enjoying it. Even today when I am offered a baddie’s role, I feel there is far more to explore. Heroes are bound by some limitation or the other. With the villain, I think there is no limit to how bad one can get. Sometimes, when I give inputs and I see the blink in my director’s eyes that I have cast a real badmaash for the role. The transition with me happened in a very natural way.

Your father was a policeman. It must have been difficult to put yourself in the shoes of someone like Lakhvi. What was your idea behind taking up this role?

At the end of the day, I am a policeman’s son. I have that patriotic fervor in me. My mother has been a part of the RSS in her days. So, patriotism runs in my family. But I thought that if I play this guy really bad, if I play him how he was, it would be an opportunity for me to showcase the kind of person the NSG had to deal with. If I manage to elevate the villain, it will bring to light the contribution NSG made and how they fought. Especially when they were inside the Taj, there was low visibility, they were stuck near the staircase…it was bravado at its best. I am looking forward to this series.

Stay tuned for more updates about Mukul Dev and State of Siege: 26/11. The web series starts streaming on ZEE5 on 24 January 2020.