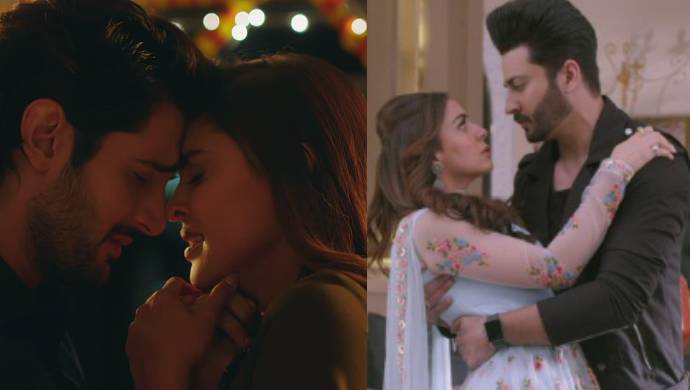 Kundali Bhagya’s Karan and Preeta are the forlorn lovers who are still waiting to have their happily ever after. Preeta’s sister Srishti is her best friend and supporter, on the other hand Karan and his brother Rishab are each other’s pillars of support. Preeta faces life’s constant ups and downs with determination. Similarly, Tarini from Fittrat is confident and determined to get what she wants. Despite life throwing hurdles at her, Tarini refuses to budge and tries to help her friend Amrita in every manner.

Watch an episode of the show Kundali Bhagya here.

Tarini and Preeta are quite similar except for Tarini’s ambitious nature, which makes her selfish for some time. Both of them vie for the attention of the men they love. Tarini’s misconception that she loves Veer is busted once she realises that he is fooling Amy, and is an altogether different person.

Veer and Amrita are not meant to be together, just like Rishabh and Preeta were not. Veer realises that he loves Tarini and this ends the relationship that is between him and Amy. Veer ditches her at the mandap and goes to Tarini’s house. Will  Veer and Tarini eventually find their happily ever after or are they waiting for it too?

Watch Parmanu The Story Of Pokhran On ZEE5