Chintu Ka Birthday, a film over 12 years in the making, is making its digital premier on 5 June 2020 on ZEE5. Check out the motion poster inside. 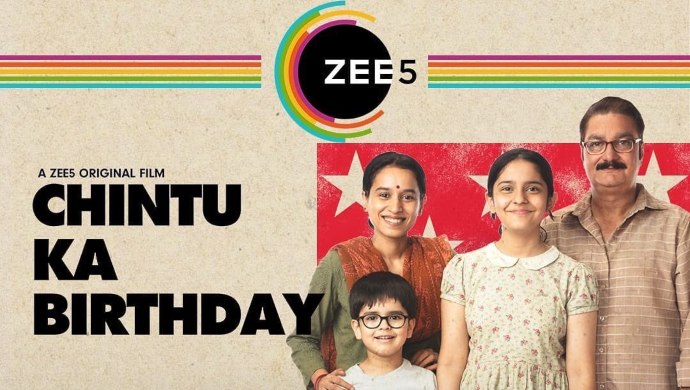 Chintu Ka Birthday is a film with a diverse cast including Indian actors like Vinay Pathak, Tillotama Shome, and Seema Pahwa as well as international actors Reginald Barnes, Nathan Scholz, and Khalid Massou. This film is written and directed by the brothers Satyanshu and Divyanshu Singh. The film was 12 years in the making and never officially released in theatres. AIB, who were producers on Chintu Ka Birthday, did hold special screenings in late 2019, which were always sold out and was widely appreciated by the audiences.

This huge ‘underground’ film is finally making a digital premiere on ZEE5 on 5th June.

While the film is produced by First Draft Entertainment, the story of Chintu Ka Birthday promises to be a roller-coaster of emotions. The film is story of an Indian immigrant family who plan to have a grand celebration for their son Chintu, in war-torn Iraq. Vinay Pathak (Chalo Dilli, Badlapur) and Tillotama Shome (Mentalhood) play the role of the parents in this film while Seema Pahwa (Shubh Mangal Saavdhan, Bareilly ki Barfi) will be seen as a grandmother.

Here’s one of the film’s producers Tanmay Bhat talking about the film during one of the screenings:

Chintu Ka Birthday is a story of winning against all odds. We are overwhelmed with the kind of love this film has been receiving. Tickets for next two Mumbai screening are live on BookMyShow and Matterden. Link is in the bio.

Meanwhile, you can also check out the brilliant collection of short films in the ZEE5 Short Film Festival, featuring films by Vikrant Massey, Nasseerudin Shah, Rajeev Khandelwal, Shriya Pilgaonkar and many more.

PLAY On ZEE5: Get Your Mind Working With Puzzle Games Like Word Detective