In tonight's episode, Ganga will try to kill Guddan's unborn child by making her drink a poisonous drink. Will Guddan be able to save her child? 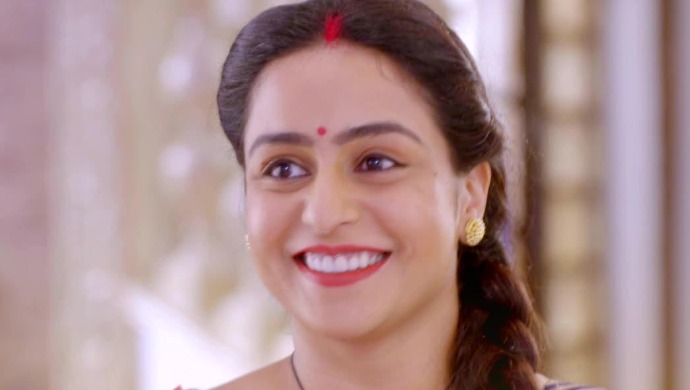 In the last episode of Guddan Tumse Na Ho Payega, the goon tells Saraswati that instead of causing harm to Guddan who always gets saved by AJ, they should hurt AJ and then cause harm to Guddan. AJ announces the second task, which is a cooking competition. The bahus start cooking and later AJ judges their food. He announces Guddan as the winner for the cooking competition. Suddenly, AJ hears some noise and someone hits him on his head. AJ falls unconscious and Guddan and other bahus panic. The masked man who hit AJ comes in front of everyone and tells Guddan that he has kidnapped AJ.

In tonight’s episode, the stranger in the mask ties AJ with a chair and threatens Guddan that he will kill him. Laxmi, Durga and Ganga panic and tell the goon to not harm AJ. The man tells Guddan that he will call and let her know what he wants from her. The man tells Guddan to not call the police, otherwise, he will kill AJ and disconnects the call. Saraswati gets happy knowing that Guddan is worried and plans to break her and AJ’s relationship.

On the other hand, Guddan gets worried for AJ and waits for the kidnapper’s call. Suddenly, she gets a call from the kidnapper and Saraswati who is on the conference call too enjoys herself. The kidnapper tells Guddan to send him 10 crore rupees immediately. Saraswati calls her goons and tells them that she has a new plan. Ganga calls Saraswati and tells her to tell the truth about AJ’s kidnapping.

Guddan video calls AJ and informs the kidnapper that her husband gets epilepsy attacks every two hours. She tells the kidnapper to give AJ medicines. Suddenly, AJ acts like he is getting an epilepsy attack, and Guddan tells him to untie AJ. Suddenly, AJ holds the kidnapper and asks him to reveal the name of his boss. The kidnapper hits AJ and the latter falls unconscious. Saraswati calls the goons and tells them to threaten Guddan. Saraswati gets a call from Guddan and she scolds her for kidnapping AJ. Saraswati tries to save herself and tells Guddan that Ganga is the mastermind behind everything. Guddan video calls Ganga and the latter accepts that she has kidnapped AJ.

In the upcoming episode, Ganga loses her calm as she makes Guddan remember the time she did everything for her. Ganga scolds Guddan saying that being her biggest fan, she wanted her to be happy but instead, the latter slapped her. Ganga threatens Guddan that she will do anything to take revenge. As Guddan comes to Jindal Bhavan with AJ, Ganga makes her drink a poisonous drink and desires to kill her unborn child. Will Guddan be able to save her child?

Omerta: The Truth Of The Real Terror Events Revealed In This Film Starring…

Karan and Mahira's marriage gets delayed for some time - Kundali Bhagya

Omerta: The Truth Of The Real Terror Events Revealed In This Film Starring Rajkummar Rao