In the next episode of Guddan Tumse Na Ho Payega, Durga joins Vikrant in making sure AJ and Guddan live like servants by sleeping on the floor. 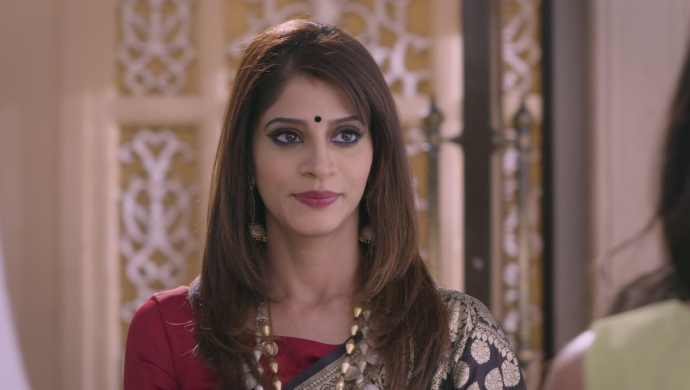 In tonight’s episode of Guddan Tumse Na Ho Payega, everyone is crying and worried about Guddan who has just been stabbed. Guddan stands up and tells everyone she faked getting stabbed using a fake knife and ketchup. Guddan says she did all this only to make Vikrant panic and leave the house which eventually happened. However, Vikrant returns saying he almost believed Guddan.

Vikrant reveals that the person who helped him understand Guddan’s plan was Durga. Everyone is shocked when Durga enters the house after getting out of jail. She says AJ and Guddan did a big mistake by sending her to jail while she was pregnant. Durga promises to join Vikrant while her husband takes her side too. Durga decides to win back her position of respect in the Jindal Bhavan.

In the next episode, Guddan and AJ are getting ready to sleep in the bedroom when Vikrant and Durga enter their room. Vikrant says that AJ is a servant in the house now so he cannot get the big bedroom. Durga smiles as Vikrant asks AJ and Guddan to sleep in the hall on mats. AJ and Guddan go downstairs to find Alisha and Daadi also opening mats to sleep. Will AJ get the ownership of his house back? Stay tuned to find out.