In tonight's episode of Guddan Tumse Na Ho Payega, AJ takes care of Guddan's every need with love which worries Durga and Saraswati. 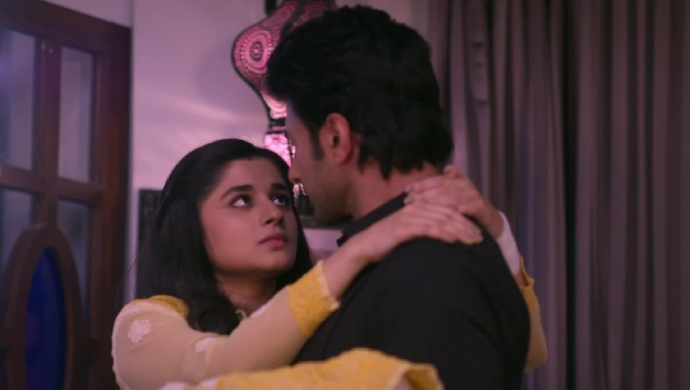 In the previous episode of Guddan Tumse Na Ho Payega, AJ rushes to the hospital after his Maha Aarti is ruined. He is worried that it is a bad sign for Guddan. When he reaches the hospital, AJ finds out that Guddan’s condition is getting worse every minute. Guddan almost dies but comes back to life for AJ. When Guddan comes back to life, AJ is sitting by her side. Even Durga appreciates Guddan’s sacrifice.

In tonight’s episode, Guddan is in the hospital where the whole family is around her bed. Guddan asks for Daadi who is standing away from Guddan. Daadi says Guddan should have let her die since she is already old. Guddan sings a song as a response to Daadi. The whole family joins Guddan in singing the song to melt Daadi’s anger.

Durga and Saraswati again begin doubting Guddan’s intentions. Durga sees AJ’s feelings for Guddan change to love and gets worried. She tells Saraswati that they needs to stop AJ and Guddan’s relationship from becoming a romantic one.

AJ brings Guddan home and since her condition is weak he lifts her in his arms and takes her into the bedroom. He puts a bedsheet over her and let’s her rest. AJ later, brings Guddan’s medicines with her dinner. He even massages Guddan’s feet which Guddan asked him to do as a joke.

Guddan notices Siddhi packing her bags. She realizes that Siddhi is leaving the house because of Parv. Siddhi apologises to Guddan for Parv’s actions. Siddhi believes she should have spoken against Parv earlier. Guddan consoles Siddhi and asks her to not leave the house.

The next morning Guddan is sitting at the breakfast table when AJ brings her favourite parathas. With that he asks Guddan to drink milk too. Guddan doesn’t want to have milk but AJ lovingly convinces her to drink the milk. Durga sees this and decides to spoil AJ and Guddan’s romance. What does she have planned? Stay tuned to find out.

Watch the political drama of the year 'The Accidental Prime Minister', now streaming on ZEE5