In tonight's episode, Revathi takes a gun to the police station and threatens to shoot Antara as revenge for killing Angad. 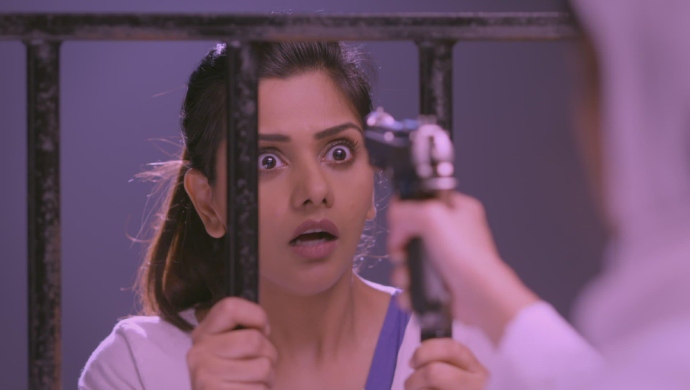 In the previous episode of Guddan Tumse Na Ho Payega, Guddan and AJ are returning back home thinking they defeated Antara. When Angad tries to make his way home Antara’s men kidnap him and take him back. Guddan and AJ reach home and find out that Angad hasn’t reached yet. She goes back with the family to find Angad. They find him trapped inside the wall and this time he didn’t survive. Revathi sees a note planted by Antara which claims that Guddan chose to save AJ instead of Angad. Guddan goes to the police station to confront Antara.

In tonight’s episode, Guddan tells Antara that she will have to pay for killing Angad. Antara claims that this is only the first part of her plan. When Guddan returns home they hold a funeral for Angad. Durga tells Lakshmi that she is worried about Revathi since he is crying even though she looks disturbed.

Guddan tries to console Revathi for the loss of Angad. Guddan apologises for failing to fulfill her promise to save Angad. Revathi accuses Guddan of being selfish and says that Angad died because Guddan chose to save AJ first. Revathi runs up to her room after Daadi and AJ also try to tell her that Antara killed Angad.

Revathis thinks everyone is blaming Antara for things that are Guddan’s fault. Guddan enters the room just then and Revathi tries to hit her. Guddan asks Revathi to hit her if she really believes Guddan would choose to save AJ instead of Angad. Revathi hugs Guddan and cries. She promises to take revenge on Antara.

Revathi shows up to Antara’s jail hiding a gun. She takes out the gun and threatens to shoot Antara. Guddan and the police try to convince Revathi not to shoot but Antara instigates Revathi to shoot her. In the end Revathi listens to Guddan and the leave the police station.

Guddan promises to get Antara a death sentence. However, Antara laughs saying that she has something worse planned for Guddan. What plan does Antara have in mind? Stay tuned to find out. Watch the latest episodes of Guddan Tumse Na Ho Payega, now streaming on ZEE5.