In tonight's episode of Guddan Tumse Na Ho Payega, AJ and Guddan are on vacation, where AJ first gets romantic with Guddan but later shoots her. 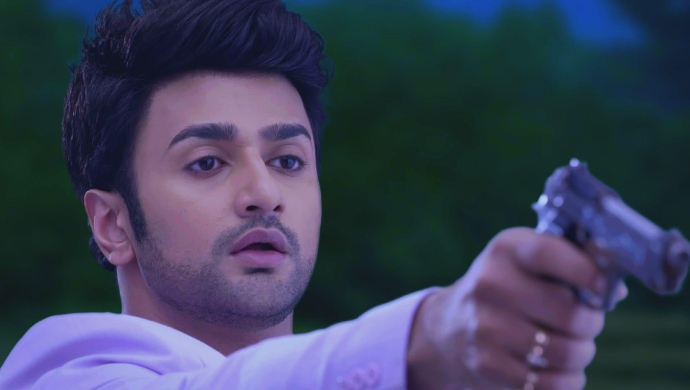 In the previous episode of Guddan Tumse Na Ho Payega, Guddan gets a bad dream of AJ entering her house and killing AJ. The next morning AJ wants to wish Guddan but it’s only 13 days since Angad died so he doesn’t wish her. Guddan too doesn’t want to celebrate her birthday but 2 men enter in with a cake and a gift from Angad. Guddan cuts the cake and finds two tickets for her honeymoon which Angad has booked for her birthday. Revathi asks Guddan to go for the vacation with AJ since it was Angad’s last wish.

In tonight’s episode, Guddan and AJ go to the hotel room. However, Guddan feels awkward and asks AJ if he wants to go out for a walk. When AJ and Guddan go out they sit on a bench looking at the stars. Guddan wonders if Angad has also become a star like Angad. It begins to rain and AJ takes Guddan back to a shed to dry up.

While AJ and Guddan are away someone breaks into their house and enters their room. The mysterious person goes straight for AJ and Guddan’s photo on the bedside table and burns it. Durga notices a fire in AJ and Guddan’s room and call for help. The stranger runs out of the room before anyone else shows up.

Guddan and AJ are sitting by the fire and to dry themselves when a letter falls from AJ’s pocket. Guddan picks up the letter and finds it is a love letter to her. AJ gets embarrassed but tells Guddan how much he loves her. He kisses Guddan and they make love to each other.

Guddan wakes up in the middle of the night and notices that AJ is not there. She goes out and finds AJ standing by the cliff looking at the sea. Guddan tries to tells AJ how much that night meant to her. AJ says he wants to tell Guddan something. He takes out a gun and shoots her. What made AJ shoot Guddan? Stay tuned to find out.