In the preview, Ganga-Alekh hide behind the curtains. AJ feels someone and warns them to come out. Will AJ be able to expose Ganga's evil intentions? 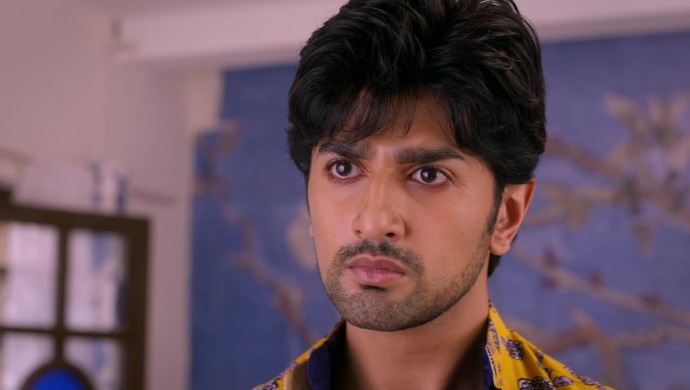 In the last episode of Guddan Tumse Na Ho Payega, Guddan sees her newborn baby and promises to keep her baby with her always. AJ tries to tell Guddan that the baby is not there but she does not listen to him. Ganga and Alekh see Guddan, AJ and the newborn together and gets angry. Finally, AJ decides to reveal the truth in front of Guddan but is unable to do so. AJ tells the entire family to not reveal the truth in front of Guddan. Ganga threatens the doctor and asks them why they did not separate the baby from Guddan. AJ calls his lawyer and tells him to prepare adoption papers as he cannot see Guddan unhappy. AJ enters the room when Ganga and Alekh threaten the doctor. Ganga and Alekh hide behind the curtains.

In the upcoming episode, the entire Jindal family beams with joy with the arrival of the new member. Laxmi and Durga prepare for puja while Dadi is excited for the newborn. Guddan gets happy as she holds her baby and prepares for her daughter’s first aarti. On the other hand, AJ talks to the doctor while he suddenly feels someone hiding behind the curtains. Ganga and Alekh hide and try to overhear AJ and doctor’s conversation. AJ warns them to come out and goes to expose them. Will AJ be able to find out Ganga and Alekh’s truth? Will Ganga be able to execute her evil plan against Guddan?

Omerta Trailer Review: Rajkummar Rao's Thriller Is Based On His Transition To Pure Evil!

Know What Dheeraj Dhoopar, Hina Khan, Nia Sharma And Others Like To Junk On