In the next episode of Guddan Tumse Na Ho Payega, AJ tells Guddan that she was never pregnant. He tells her to undergo a test and prove the same. 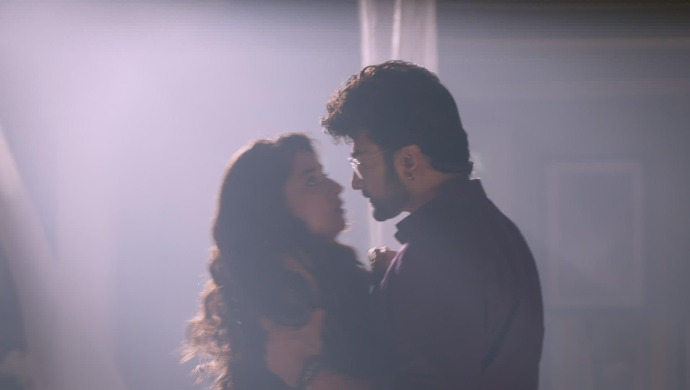 In tonight’s episode of Guddan Tumse Na Ho Payega, on the occasion of Maha Shivratri, AJ and Antara are about to perform the puja. But the vessel of milk falls from AJ’s hands and Guddan runs to hold it. By mistakenly, instead of Antara, Guddan performs puja with AJ. AJ denies performing puja with Guddan and the latter tries to convince him to continue the puja. Antara fumes with anger seeing Guddan and AJ performing the puja. As she is about to go and stop them from doing puja, Antara is stopped by AJ’s family.

Antara gets into an argument with AJ as she feels bad seeing Guddan performing puja with him. AJ tries to clear things out and then loses calm at her. AJ shouts at Antara saying that they have been divorced and in return, he has given his property to her. Guddan overhears their conversation and gets shocked. He even tells Antara that he wanted her to act as his wife in front of Guddan. Guddan cries her heart out and AJ feels bad for her.

Next morning, Guddan performs a puja and AJ starts taunting her for her good behaviour. Guddan tries to test Antara and AJ’s bond. She tells him to make Antara wear mangalsutra and fill sindoor on her head. In anger, AJ confesses that he has given divorce to Antara and they are not husband and wife.

Watch the video below –

In the upcoming episode, AJ tells Guddan that he knows that she was not pregnant and tells her to prove the same by undergoing a test. Guddan agrees to do the test. Will Guddan’s truth come in front of AJ? Will Guddan and AJ be together once again?

To know more, keep watching all the episodes of Guddan Tumse Na Ho Payega on ZEE5.

Don’t forget to binge-watch all your favourite Zee TV shows streaming on ZEE5!

This Women’s Day, We Want To Tell Preeta How We Love Her Kindness, Strength, Self-Reliance