In tonight's episode, Saraswati plans to ruin Guddan's life and wants to remove her from Jindal Bhavan. Guddan falls unconscious while talking to AJ. 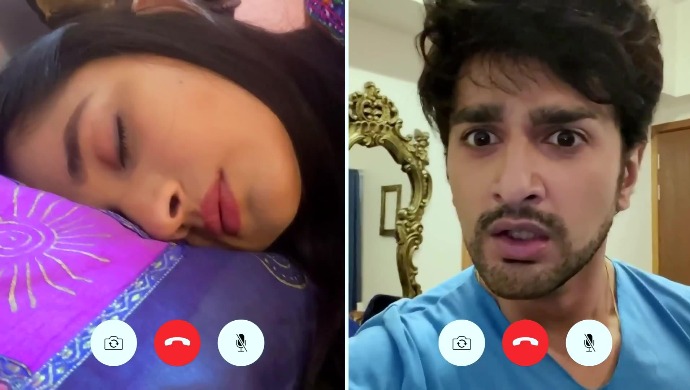 Laxmi and Durga get into a verbal spat as soon as they get into a video call. Guddan tries to solve their problem and tells them to calm down. Laxmi and Durga disconnect their calls in anger. Guddan gets upset knowing that her family is getting into fights, while AJ flirts with her. AJ motivates Guddan as he reminds her that she has always solved several issues within their family. On the other hand, Saraswati enjoys herself as she created a rift between Laxmi and Durga. She plans to ruin Guddan’s life and says that she has to take advantage of AJ and Guddan’s separation in this quarantine.

Guddan connects her family through video call and tells them to do the aarti together. She makes her family understand that they need to have patience in such crisis time. Saraswati calls someone and tells the man to threaten Guddan and not allow her into Jindal Bhavan. She hires a man to keep an eye on Guddan. Laxmi and Durga apologise to each other and mend ways. Guddan sees someone passing through her door and gets scared. AJ praises Guddan for her efforts and misses her.

As Guddan starts cooking, AJ video calls her. She gets surprised by seeing her family together. Ganga informs Guddan that they have planned a surprise party for her. AJ announces an unlock competition between the bahus and every single day they will be assigned tasks. He even says that the winner will get 10 lakh rupees which will be then given to the needy people in the form of masks and necessary items. AJ tells the bahus to get ready for their first task which is a dance round. AJ and Guddan talk to each other when Guddan faints.