In tonight's episode, Guddan leaves the Jindal Bhavan and joins babas planning to become a sanyasi. Will she go ahead with her plan? 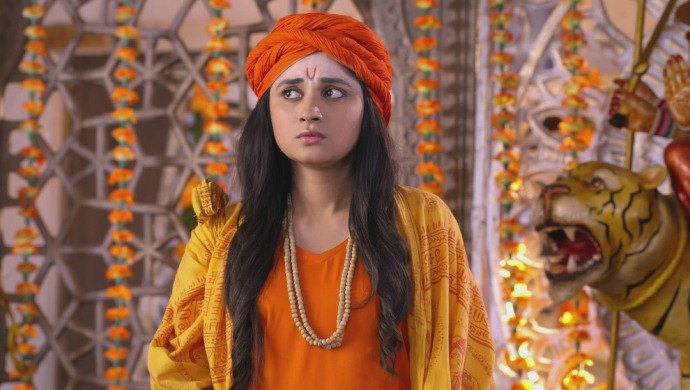 In the previous episode of Guddan Tumse Na Ho Payega, Saraswati gives proof showing Alisha is AJ’s daughter. He is shocked hearing this. Alisha call the doctor to test AJ and her own DNA again. Alisha then accuses Guddan of marrying AJ for his money. She also adds that AJ left Antara to be with a younger woman like Guddan. When Alisha goes to her room AJ is worried about the lies that Antara has told her. Revathi goes to Guddan’s room to ask her how she liked the surprise.

In tonight’s episode, Guddan is shocked to hear that Revathi brought Alisha to the house. Revathi says that since Guddan loves to take responsibilities and get all the attention, now she has to fulfill the responsibility of being a mother to AJ and Antara’s daughter.

Saraswati take Alisha to her new room. Alisha then destroys her room and spray paints her name on the wall. Revathi and Parv show up and Alisha doesn’t spare them either. She accuses Revathi of marrying a man like Parv to control him. She refuses to join Revathi or take her help against Guddan.

Durga tells Daadi that Guddan is not at home and her cupboard is also empty. They fear that Guddan left the house but Daadi is convinced that Guddan will not run away. Guddan is with some babas dressed up as a Sanyasi. She says she would rather be a sanyasi than deal with all the problems at the Jindal Bhavan.

Guddan says she is not ready to become a mother to such a rude and disobediant girl who is almost the same age as her. AJ too hesitates to go looking for Guddan because he understands if she doesn’t want to come back to him. However, Guddan walks through the door just then.

She tells everyone that she had planned to go and be a sanyasi. However she couldn’t let go of the Jindal family and AJ. She says if they are with her, she knows she can do anything. Guddan decides to take up the challenge of being the daughter to Antara’s child. Will Guddan succeed in her efforts? Stay tuned to find out.