In this episode, Guddan and AJ recollect all the romantic memories and how they came close in spite of people trying to break them. 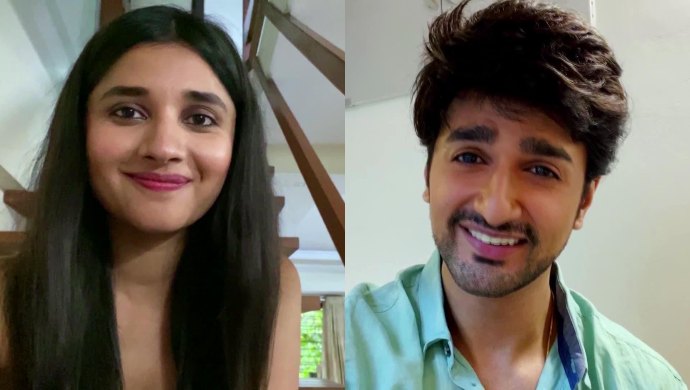 In the last episode of Guddan Tumse Na Ho Payega-Ghar Se, AJ  is worshipping Lord Krishna and asks Guddan to take his blessings, Guddan says that she is upset with Lord Krishna, AJ asks Guddan why she is upset with him since she is his biggest Bhakt. Guddan explains how everything was going normal but because of Corona now things have all gone haywire. Guddan is really saddened by everything and in spite of AJ’s efforts to calm her down, she is still not convinced. AJ tells her how there is a balance between good and the bad but Guddan calls it bookish hogwash. AJ asks her to recall her experience when she started off as a new mother in law and how everybody was so upset with her in the beginning. It takes Guddan to a flashback in which she remembers how she had messed up during the pooja and with the keys and everyone was against her.

Guddan then tells AJ that initially, Durga di also couldn’t recognize her and thought she was incapable of handling responsibilities as the youngest mother-in-law but later on, it was Durga di who embraced Guddan completely. Guddan tells AJ of the time when Durga di tried to touch her feet as she realized that she had not completely accepted Guddan. She also makes AJ remember the time when Durga di confessed that Antra was at fault and she should have not supported her, she also realises that nobody would have been able to hold Jindal family together if it was not Guddan.

Guddan also continues that she was upset that even Lakshmi di could not gauge her true self, she, in fact, had taunted Guddan that, she could never be a good mother-in-law nor a good house then she adds that when she gave Lakshmi di a chance to get to know her, she won her over and they became close. She further adds that she is still upset with her third bahu Saru, As she hasn’t given her or them a chance back then and she doubts that will she ever give them a chance. She recollects the time and everything that Saru bahu did to make her life difficult she also adds that maybe that’s why she would never be able to accept her like the other two bahus.

Guddan then gets hurt by the truth and as AJ asks her to be more careful she metaphorically explains how even the delicate most things can hurt way more than thought. She remembers all the times she had been abducted or hurt by the people. She also remembers the time where she was held at gunpoint. She also remembers when Antara tried to threaten her.

AJ then explains to Guddan all the positives about these negative situations and tells her that all of this has brought them so much closer and now even the distance has nothing on how they feel about each other. They recollect all the romantic memories and how they came close and in spite of people trying to break them, they have just come closer.

Guddan finally takes the aarti and discusses with AJ that they should keep competition for all the people who were villains in their life and they would score them according to how harmful those people were. They start with Datta who according to AJ was very stupid and cowardly but Guddan rates him six. Then the republic day bombing situation which they rated as eight. Then they remember Vikrant who was a close friend of AJ and Guddan called him psycho and give him eight and a half. Then AJ takes Antra’s name to which Guddan reacts very strongly and she confesses Antara was one of the most stubborn villains and she rated her eleven on ten.

Then AJ asks Guddan to talk something romantic and he acknowledges all the different things Guddan has done for him and the Jindal family. What will happen next, will any villain again try to attack Guddan and AJ’s happiness? When will Guddan and AJ finally meet? How many more obstacles will be created their way?

Kundali Bhagya: A Look At Preeta Arora’s Style Transformation On The Show