Guddu Episode 25-26 Review: Billori’s Trick Will Make Guddu Fly, Can He Save Himself Now?

Guddu turns into a chef and serves hot piping meals, but where is the parcel disappearing? Find out inside! 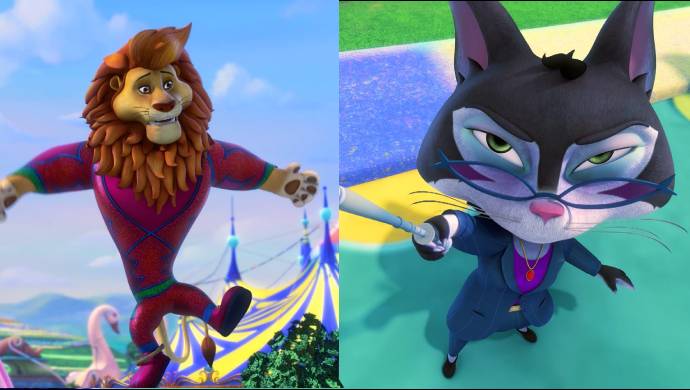 In the latest episode of ZEE5 Original #NonStopBachFun’s Guddu, we will see that the lion can actually fly! After fighting off a herd of goons and otherworldly creatures. Guddu has proven that he is worthy of being called the king of the jungle. But his enemies including Gaffur and Billori are not too happy with Guddu’s progress. They plan on invading his circus and ruining his day. But with a special trick that involves a flying stick, not quite like the broom. This magical stick has laser power that can make anyone fly on the command of the person holding it. What would Billori do with it?

Billori finds out that Guddu is performing at his circus and in the midst of a performance, she picks him up and sends him to the clouds. Billori even sends Chugli, Veeru, Balloo and other friends of Guddu. She is very happy and says that she would rule Falana city now. Meanwhile, Guddu reaches the kingdom of clouds and Nishana, a crow stops him. He tells him that this is his area and trespassers are punished. Just then a few more people including Commissioner Bhow Bhow, Mayor Bear, and Inspector Rocky join Guddu. Nishana tells Guddu that if he is a true entertainer he must help his little kid laugh as the child has not laughed in years. Guddu promises to perform but asks Nishana to bring Billori. Once Billori joins them on the cloud, Guddu performs and the little champ laughs very hard. Guddu and his friends are freed but Billori’s stick gets broken. They all jump down and get saved by birds. Guddu saves Falana city once again!

In the next episode, Guddu Circus is in the renovation, and Guddu and his friends are out of work. They are very worried about what to do when Guddu suggests that they start their own cafe! Guddu and his friends find the perfect spot and build their cafe near a waterfall. Mayor Bear comes along for the opening and cuts the ribbon. The cafe starts running and everyone appreciates Guddu’s cafe and the food!

Guddu makes very spicy food and assures everyone the thief will visit. Guddu has written a special note asking the thief to come to the cafe. Gileruchand visits Guddu’s cafe and tells them that he used to steal the food as he has no work and no money. Everyone asks Guddu to hand the thief over to the police but Guddu tells them that Gileruchand deserves another punishment. He asks the child to work with them and eat with them! Everyone applauds Guddu’s decision.

Which Group Of Friends From ZEE5 Originals Resembles Your Own Group?