Ishq Subhan Allah Story So Far: Salma Gets Shahrukh To Pose As Groom For Zara

Ishq Subhan Allah is about Zara and Kabir and the obstacles they face in their courtship. New episodes of this binge-worthy show on TV screens soon. 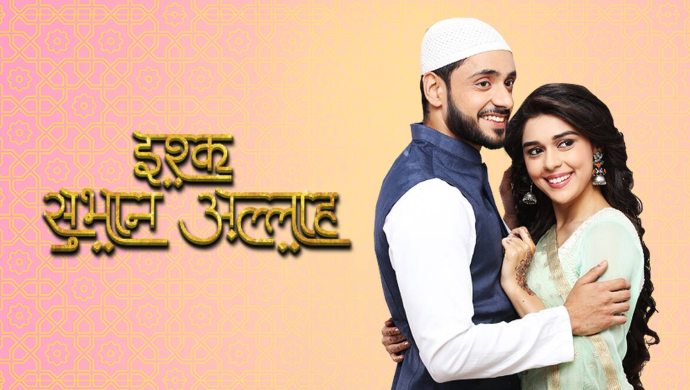 Ishq Subhan Allah is one of the most loved and top-rated shows on Indian television. While this lock-down the fans may have not had the opportunity to watch new episodes, the good news is, the show might hit TV screens soon. For fans and even everyone new out there, this greater than life love saga is a binge-worthy show and all the love triangles and drama will keep you super hooked. Let’s find out the story so far of this show.

This story begins with Zara and Kabir and their infamous debate on Triple Talaq that goes viral on the internet. After which a few circumstances take place and they are forced to marry each other. The story takes an interesting turn when Zara starts realizing her love for Kabir who is still resistant on the marriage, but Rukhsaar (Zeenat’s younger sister) who has been in love with Kabir from a young age, leaves no stone unturned to split them up, she brings the troublesome Miraj (Siraaj’s brother) in the family who goes all out to harm the family.

Rukhsaar instructs Nilofer (Rukhsar’s friend) to come from Dubai and pose as Miraj’s sister to protect the family from him. This boils down to our first and one of the major plot points where Kabir uses “Triple Talaq” to divorce Zara. We later learn that this was not the part of the nuptials and Zara refuses to accept this, Miraj, on the other hand, falls head over heels for Zara and tells her that he would go to any extent for her love. On the other hand, Zara is busy digging dirt on Rukhsaar so that she could expose her to the family but she fails.

Not very late after this an interesting revelation happens that, Miraj is a diamond smuggler who launders money. Miraj is arrested and Kabir loses his funds but he accepts his feeling towards Zara that infuriates Miraj and he swears revenge on them. Prior to this Kabir goes to Dubai and on learning of Hamdaan’s death marries Rukhsaar that upsets Zara. Soon after that Rukhsaar loses her memory due to a car accident and Kabir is determined to help her get her memory back which upsets Zara, amidst all this Zara wants Kabir to earn independently so she moves to the outhouse.

The story takes a turn when Zara discovers that Kabir became a writer after publishing a book on their relationship and moves to Lucknow with Azra. They finally agree to give their relationship another opportunity outraging Zeenat (Rukhsar’s elder sister) and Shahbaz. Shahbaz  (Kabir’s father) again tries to have her assassinated but Kabir saves her every time.

The Ahmads (Kabirs Family) rejoice at the couple’s reunion possibility and Kabir affronts Irfan (Zara’s father), asking the Qazi to beg to him to take Zara back. Upset, Zara breaks up with Kabir, while Irfan has a heart attack. Ayesha (Kabir’s mother) is heartbroken and asks him to leave the house. He starts living in the mosque.

One month later, Zara learns about Ayesha’s ailment from Kashan (Kabir’s cousin) and agrees to go back only for Ayesha’s sake. She decides to reunite Ayesha and Kabir on Eid. Shahbaz and Zeenat fear that Zara and Kabir might get back together so Shahbaz constantly elicits Kabir against Zara. According to the Sharia Board, all the board members should obey the Eid celebrations with their entire family.

Shahbaz tries to curb the plan but Zara is the event organizer and oversees the situation. Rukhsar returns and the family is oblivious of it. Zara and Azra achieve in reuniting Kabir and Ayesha with Rukhsaar’s help. Rukhsar vows to reunite Kabir and Zara. In the last episode we saw, Salma who gets Shahrukh to pose as the potential groom for Zara before Zara Qazi. We also found out about Zara’s feelings for Shahrukh.

After this massive load down it’s time to binge on this love saga only on ZEE5.

Pavitra Rishta: 10 Things We Bet You Did Not Know About Ankita Lokhande