Jatin Sarna, who was seen in the latest film Bamfaad, reveals how Saat Uchakkey changed his career. You can watch Saat Uchakkey for free on ZEE5. 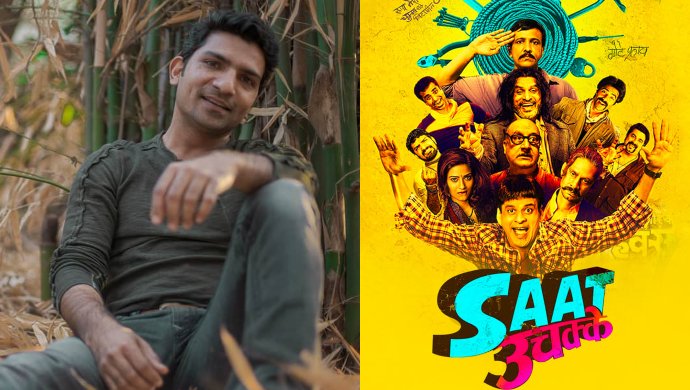 Jatin Sarna was last seen playing the role of a villain in Bamfaad. He will also be seen in the upcoming Bollywood film 83 alongside Ranveer Singh, directed by Kabir Khan. However, he had been a part of Hindi films for almost a decade, though much of it was spent in obscurity. Jatin admits that the turning point for him was the film Saat Uchakkey in 2016 in which he starred opposite established actors like Manoj Bajpayee and Anupam Kher. You can watch Saat Uchakkey for free only on ZEE5.

Here’s a trailer for his film Bamfaad.

Jatin Sarna explains how Saat Uchakkey was the film that helped launch his career to the point he had reached today and says, ‘That film put me on the map in the Hindi film industry. I had done eight films before that and they were all roles with one or two scenes and nothing much to do. Saat Ucchakey was the first film where I got to play a proper role and it opened the doors for me. After that I got Meeruthiya Gangsters. Anurag Kashyap saw me in that film and gave me Sacred Games. And that hit people so much, I got casted in Sonchiriya. Taran Bajaj was the casting director in Sonchiriya and Bamfaad so I got this role too. Saat Ucchakey is probably the most important film for me, but personally, Meeruthiya Gangsters is closer to my heart.”

He also shared three reasons why people should definitely watch the highly under-rated film on ZEE5, saying, “Saat Ucchakey is one hell of a film which deserves all the attention it gets. The release of the movie was delayed for three years and it had a lot of problems getting screens even after releasing, but there’s so much good in that film. Firstly, it has a message that we are missing in today’s films. We are making films but they lack any message with it. Secondly is the cast with Anupram Kher, Kay Kay Menon, Annu Kapoor, Manoj Bajpayee, Vijay Raaz which obviously makes it great. Thirdly, this is a genuinely good heist movie in Hindi after very long.”

Use the #Lockdown extension by catching up on this under-rated gem and many other fresh films available on ZEE5 for free.