From being a happily boring family to a perfectly dysfunctional one, KKHH Season 3 has come a long way. Witness this #RishtonKiUljhan only on ZEE5. 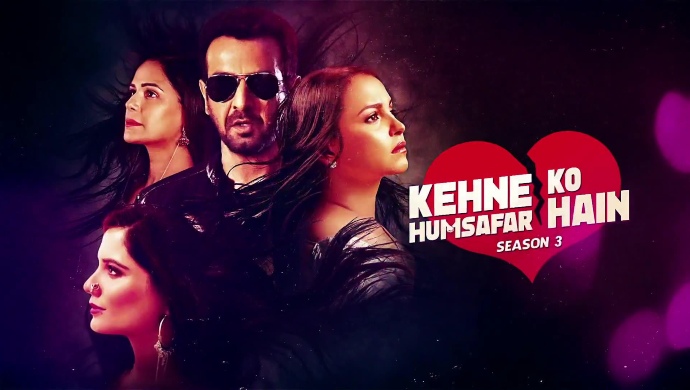 Is it really possible to move on and get over someone who you were deeply in love with once? Juggling between answering this question and holding their lives together for their children, Poonam, Rohit and Ananya go through a lot in Kehne Ko Humsafar Hain Season 3. The lead cast of Ronit Roy, Gurdip Punjj and Mona Singh steals the show equally. Get ready for new and exciting twists as the most loved daughter, Nikki reveals huge news, while the messed-up daughter, Bani repeats her father’s mistakes. On ZEE5, the romantic family-drama series is sure to surprise you as there is no end to the #RishtonKiUljhan that each of them entangles themselves into. Read the full series review here.

There is something eternal about tales of love, betrayal and broken relationships. Jaya Misra’s excellent imagination in her writing comes through in the first episode itself. Four years later, the story takes off from the cliffhanger that the prequel season ended on. The introduction of a changed Ananya in Doha, Qatar, sets the tone for the epic conflicts, steamy dark romance and plots twists in the following episodes. Undoubtedly, the strong cast of lead, as well as supporting actors, is the backbone of this emotional rollercoaster ride of a series.

Don’t be surprised if you find yourself rooting for Ananya, who was the ‘other woman’ since the beginning. She believes that she has completely moved on like water off a duck’s back. But, she is detached to her three-year-old son, Kabir, and hates to have ‘Mehra’ as his last name from Rohit. After four years, she is back to square one when she returns to Delhi on Bani’s (Pooja Banerjee) concerns with a failed business deal. On the other hand, Poonam is relatively sailing smoothly in her second marriage with Abhimanyu who is 10 years younger.

Rohit Mehra’s life is ruined! He is an alcoholic, a constant smoker, a womaniser and he’s bankrupt. The introduction of Amaira (Aditi Vasudev) in his life is fresh but he is not far-sighted to see its dangerous repercussions. Ronit’s performance as Rohit is a pleasant surprise because he is completely reckless and broken but he won’t let you hate him. Towards the end of the season, the scene wherein he breaks down while confronting himself in front of the mirror succeeds in gaining your empathy for him and his helplessness, despite his choices.

The initiation of Nikki’s (Palak Jain) marriage is what brings the perfectly dysfunctional family back together. With a heavy rock on their hearts, all of them contribute to ensuring that Nikki’s transition into marriage does not take the same path as her parents. Nikki drops a bomb when she wants her three-year-old half-brother to do her kanya daan, instead of her father. She finds solace in the ruins of her scattered family but is hell-bent to swim against the stream. Nikki represents the silver lining amidst all the complications of her family.

A huge surprise from Ananya awaits you! Watch all the episodes of Kehne Ko Humsafar Hain Season 3, exclusively on ZEE5.

Did You Know Fittrat's Amy-Veer Are A Real-Life Couple? Peek Into Their Fairytale Romance