In tonight's episode, Pragya calls up Ranbir and the police inform her that both Prachi and Ranbir are arrested for killing Maya. 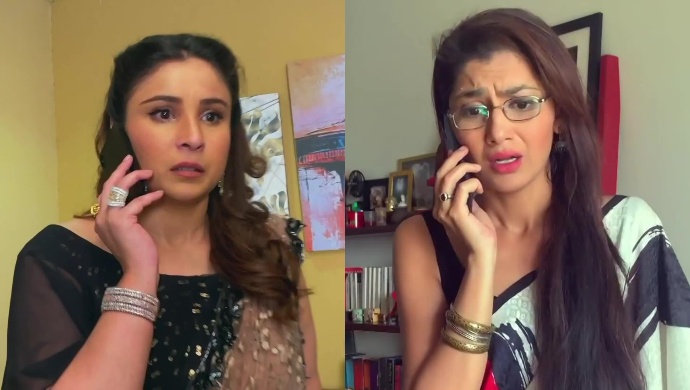 In the previous episode of Kumkum Bhagya, Ranbir hears the police sirens near the hotel and panics. He thinks about running away but doesn’t want to leave Prachi alone. When the police arrive, one of the officers takes her along to identify Maya’s dead body. Prachi sees Maya’s hands with Ranbir’s engagement ring and admits Maya is dead without seeing the face. Ranbir refuses to tell the police anything until they take his official statement. Aryan calls Ranbir and finds out he is arrested along with Prachi. He calls Abhi for help but Meera answers the call and is shocked to find out what happened.

In tonight’s episode, Prachi is surprised to find out that she has been arrested by an undercover female cop. Ranbir tells Prachi to not worry he will think of a way to prove they are both innocent. Meera calls up Rhea and tells her that Prachi and Ranbir are arrested for killing Maya. She is convinced that the police will come for Rhea too. She asks Rhea to stay at her friend’s place for a few days at least.

Ranbir sees the police inspector speaking to Maya’s uncle and asks to speak to him. Ranbir tries to explain once again why he is not guilty of killing Maya. However, Maya’s uncle refuses to believe her. He promises to send Ranbir and Prachi both to jail for life. Prachi asks to speak to Pragya and inform her that she won’t be home till the cyclone passes by.

Pragya becomes suspicious because she feels something is wrong with Prachi’s voice. When Prachi cuts the call abruptly, Pragya is convinced something is wrong. Ranbir gets a call from his mother asking him to come home as soon as the cyclone is over. However, she finds Ranbir sounding odd too. Ranbir tries to avoid telling the truth but then admits to his mother that he is arrested.

Aryan goes to Ranbir’s house and helps his mother in finding ways to help Ranbir. Pragya also calls up Ranbir to ask about Prachi. The police inspector answers the phone and informs Pragya that Prachi and Ranbir are both arrested. Pragya also panics and starts threatening to take action against the police for this. Will Pragya and Pallavi be able to save their children? Find out in the upcoming episodes.

Watch a promo for the Mahasangam of Zee TV shows on 13 July 2020, celebrate the return of your favourite TV shows