In the next episode of Kumkum Bhagya, Ranbir asks Aliya and every other guest who insulted Prachi to apologise to her personally. 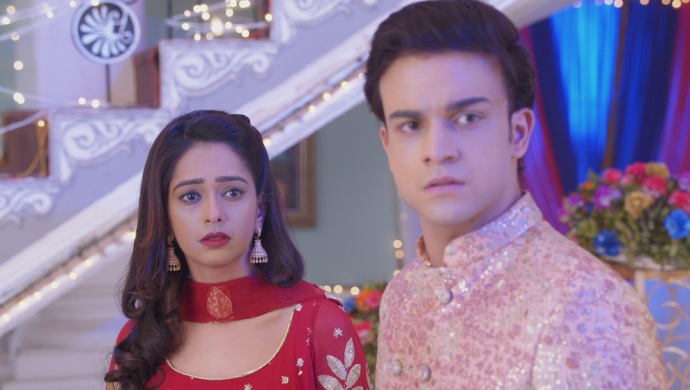 In tonight’s episode, of Kumkum Bhagya, Ranbir asks Prachi to explain what happened in the bedroom with her. Prachi calmly tells Ranbir everything and everyone understands that Prachi’s drink was spiked. Abhi also reaches there and demands to find the waiter to mixed Prachi’s drink. Rhea and Priyanka panic when Prachi identifies the right waiter. Pragya is still with Purab who tries telling her that he did not cheat on Disha with Aliya. Priyanka distracts everyone while Rhea asks the waiter to take her hostage and escape from the house.

In the next episode, Ranbir tells everyone at the party who insulted Prachi to apologise to her. Aliya tries to convince Ranbir that he is doing the wrong thing. Ranbir says that Prachi is the one who is wronged. He says everyone questioned Prachi’s character, her evil intentions and even her family upbringing so they should apologise. Abhi also agrees that if all this has been said then everyone should apologise. Will Aliya be forced to apologise to Prachi? Stay tuned to find out.

Watch 'The Verdict' A gripping court drama based on the KM Nanavati case, starring Elli AvrRam and Manav Kaul, now streaming on ZEE5