In tonight's episode, Purab goes to win Disha back but sees her hugging Hritik whom she doesn't love. How will Purab react? 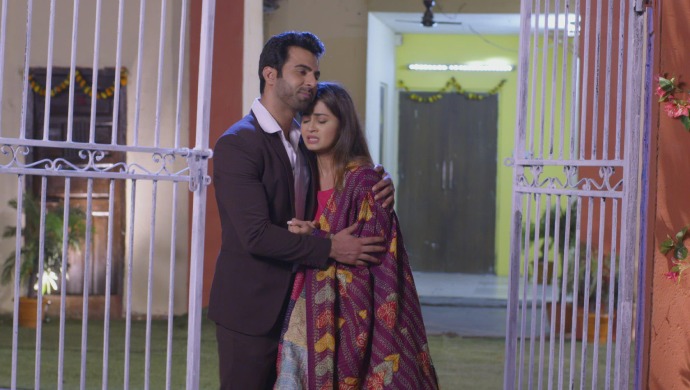 In the previous episode of Kumkum Bhagya, Ranbir sits with Prachi and Shahana in their new house. He ends up fighting with Prachi again. Rishi leaves the house when he gets Priyanka’s message. He tries convincing her to meet him and Priyanka agrees. She asks Rishi to slap Shahana if she tells everyone the truth. Rishi refuses to give into Priyanka’s demands. Purab tells Abhi that he is going to get Disha back. Hritik tells Disha that he love her.

In tonight’s episode, Disha slaps Hritik and says she is still in love with Purab. She asks him to leave and promises to leave the company too. Hritik panics and tells Disha that he was only pulling a prank on her. Disha apologises to slapping Hritik and hugs him. Purab pulls up in his car and sees Disha hugging Hritik from far.

Pragya goes home and finds Rishi there. He tells her that he went to meet Priyanka because she wanted to commit suicide. Rishi tells Pragya everything that happened that night. Pragya tries to find a way to catch Priyanka’s lie. Pragya tells Rishi that Priyanka hates Shahana so much because she thinks Rishi is engaged to her.

Purab goes home and tells Abhi that he saw Disha hugging Hritik. He says that he really thought he could start fresh with Disha but she went with someone else. Purab takes a photo of Disha from his cupboard to cry over. Abhi takes out new clothes for Purab and takes him out to drink.

Abhi makes jokes about Pragya at a roast competition. Purab also makes fun of Disha. While Purab and Abhi bond over drinks, Ranbir is running after Aryan to get back his boxing gloves. He hits Rhea by mistake and stops her from falling down. Ranbir hugs Rhea and she notices that her ring fell down.

Ranbir goes down the stairs and picks up Rhea’s ring. When Rhea walks down, Ranbir goes down on one knee and asks her to give him her hand. Rhea says he will get to do that only after he breaks Prachi’s heart. Will Ranbir carry out Rhea’s plan? Stay tuned to find out.