In the next episode, Prachi returns home after getting a lift from Ranbir and promises to tell Shahana something. 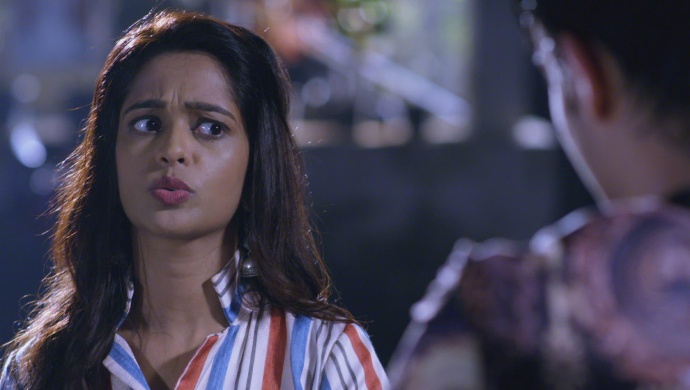 In tonight’s episode of Kumkum Bhagya, Prachi is folowed by two men who tease her on the road. Ranbir stesp in and calms the situation down asking them to leave. Prachi is impressed thinking Ranbir is non-violent. The men return with an extra man. Ranbir blindfolds Prachi and makes her think she is beating up the men when in reality he is beating them up. Prachi feels strong and even asks Ranbir to drive the car faster. Pragya finds out Rishi is working with Purab instead of with Abhi’s company.

In the next episode, Prachi is sitting in bed when Shahana asks he what is wrong. Pragya promises to tell Shahana but only if she keeps it a secret. Shahana promises to never tell anyone about it. Abhi also thinks Ranbir is in love with some girl and asks him her name. Ranbir hesitates to say the name but Abhi forces him too. Will Ranbir confess he loves Rhea or Prachi? Stay tuned to find out.