Kumkum Bhagya 2 March 2020 Preview: Ranbir And Prachi Are Locked In The Library All Night?

In the next episode, Ranbir tells Prachi that if they don't find help ten minutes then they will have to spend the night together. 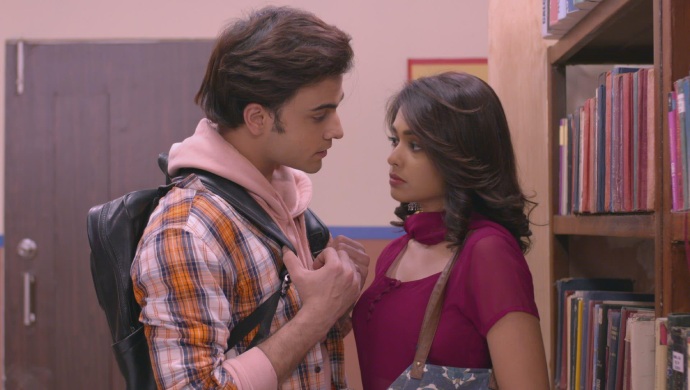 In tonight’s episode of Kumkum Bhagya, Sarita gives Prachi an idea to help Ranbir. She suggests Ranbir should surprise Maya by saying he wants to marry her and convince her to tell him the truth. Prachi tells Ranbir Sarita’s plan and tells him that she will record Maya’s confession. Ranbir takes Maya to the library where Prachi is recording their conversation. Maya is about to reveal her entire plan when she believes Ranbir loves her, but she gets scared and runs away. Ranbir shuts the library door in anger but ends up jamming the door and locking himself and Prachi inside. Maya tells Rhea that she wants to get married to Ranbir.

In the next episode, Ranbir tells Prachi that they are locked in the library together. He tells Prachi that if they don’t get help in ten minutes the whole college will leave. He says that Prachi will have to spend the entire night in college with him. Prachi looks at Ranbir nervously when he asks her if she will fall in love with him when they are so close together all night? Will Prachi and Ranbir find a way to leave the library? Find out next week.

Qurbaan Hua 28 February 2020 Written Update: Neel And Vyaasji Get Into An Argument