In the next episode, Pragya overhears Vikram talking about getting a divorce from Pallavi, but calls him Mr. Mehra. 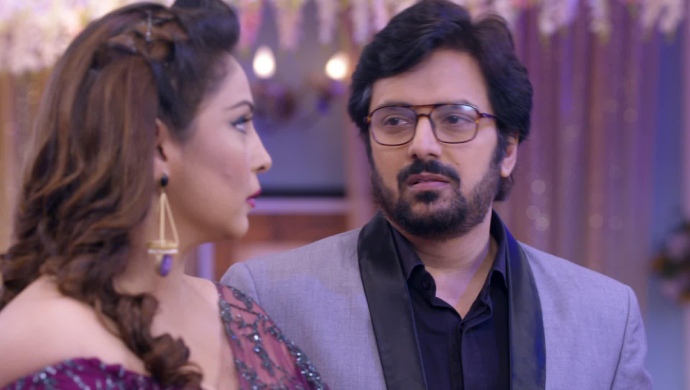 In tonight’s episode of Kumkum Bhagya, Abhi stops Pallavi and Vikram’s fight over him gifting her a ring she already owns. Aliya sees Purab stressed and asks him to promise he will never leave her. She even apologises for speaking rudely to Disha. Rhea tries to impress Abhi just like Prachi does. She even allows him to skip a fashion show so that he can attend an important meting. Prachi and Shahana return home with the bravery award but Pragya is worried about Disha since she didn’t even answer her call.

In the next episode, Vikram is in a shop talking on the phone. Pragya is standing nearby and hears him complaining about his marriage on the call. Vikram also says that wants to get a divorce since he doesn’t love his wife anymore. Pragya gets angry and tells Vikram but thinks he is Mr. Mehra. She says Prachi and Sarita respect him so much but she thinks her is just like every other man. Will Pragya’s scolding help Vikram work on his marriage? Stay tuned to find out.