In tonight's episode, Rhea frames Prachi for pushing her off a cliff. She hides in a shed while everyone think she's dead. 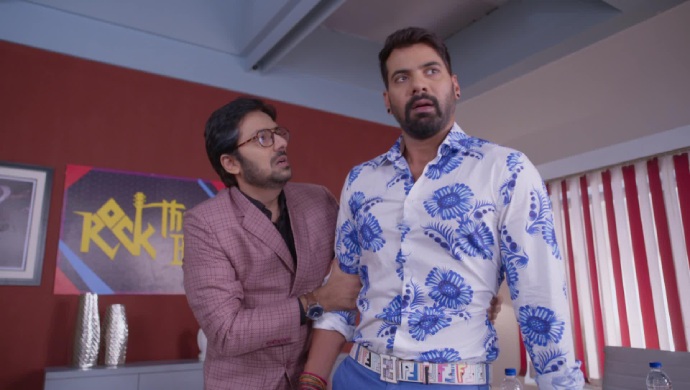 In the previous episode of Kumkum Bhagya, Abhi catches the robber in Pragya’s house and leaves. When Pragya reaches home she finds out someone else has already called the police and caught the robber. Ranbir tries to propose to Rhea using her favourite movies while playing Dumb Charades. But Prachi guesses the names before Rhea. Later, Ranbir organises a college dance during which Prachi slips and Ranbir holds her. Rhea thinks Ranbir is dancing with Prachi and gets jealous.

In tonight’s episode, Rhea sees Prachi climbing up the hill and follows her. When they reach the top Rhea shows herself to Prachi. She accuses Prachi of following her up the hill. Rhea tells hurtful things to Prachi. She says Prachi’s father left the family because he didn’t like Prachi. She even speaks ill about Pragya.

Prachi slaps Rhea and asks her to never speak ill about her family again. Rhea accuses Prachi of trying to steal her father. Rhea pushes Prachi and get in her face. Prachi pushes Rhea away and she reaches the edge of the cliff. Prachi tries to pull Rhea back in. Rhea’s friend clicks pictures which make it look like Prachi tried to kill Rhea.

Rhea is happy seeing the pictures. She asks her friend to show it to everyone in college. This will prove Prachi is a murderer. It will not only make her father, Abhi not be angry at her anymore but also kick Prachi out of Delhi and her life. Rhea runs away and hides out in an abandoned shed.

Rhea’s friends go back to the camp and show all the proof they have against Prachi. The principal decides to go looking for her. Pragya calls Prachi to find out how the camp is.When Prachi finds the college students, they accuse her of trying to kill Rhea. Pragya overhears this conversation and decides to go to the camp to be with Prachi.

Abhi gets a call from the principal saying that Rhea might be dead in an accident. Abhi feels guilty for being angry with Rhea and rushes to the camp to meet her. Stay tuned to find out how Prachi deals with this new storm in her life.