In tonight's episode, Aliya tells Rhea to call Prachi downstairs with her boyfriend Sanju. Shahana finds out that Prachi is in trouble. 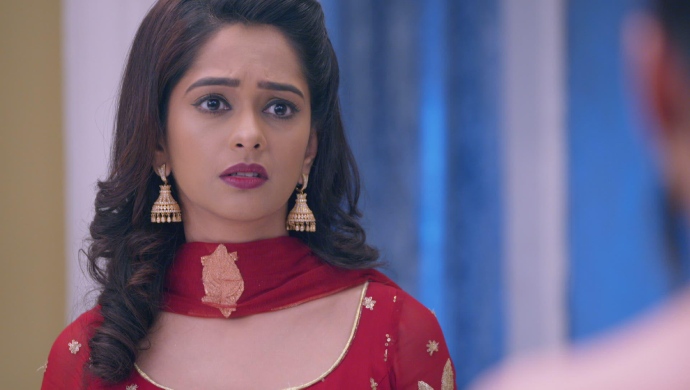 In the previous episode of Kumkum Bhagya, Rhea tells Sanju that she has mixed drugs in both the glasses. Sanju convinces Prachi to drink from one of the glasses. Prachi gets drowsy and goes to clean a stain on her dress. Abhi goes to Disha’s house where Hritik also shows up. Abhi tells Purab that Aliya knows he is in Disha’s house. Sanju follows Prachi to the bedroom and gets tricks her into falling on the bed with him. Just then Rhea and Prachi show the CCTV footage from the room on the TV.

In tonight’s episode, Prachi goes away from Sanju and locks herself in the bathroom. Rhea realises that everything has gone according to plan and decides to bring Prachi in front of everyone. Prachi is washing her face when Sanju tries to be nice to her and talk to her before all the drama starts.

Rhea calls Prachi to downstairs because everyone is calling her. She says everyone wants to see Prachi and her boyfriend Sanju. Prachi is surprised hearing this. Abhi tells Purab to find out if Disha is dating Hritik or not. Abhi tells Purab to play a game with Disha and find if she is really in love with Hritik.

When Mira returns she finds everyone standing quietly. She finds out that Prachi and Sanju were together in bed and were caught on the CCTV camera lying on the bed together. Shahana hears this and knows that Prachi is in trouble. Vikram steps in to defend her saying Prachi will explain herself.

Abhi decides to play a game with Disha and Hritik which will help them find out whether Disha still loves Purab. Pragya is stuck in a traffic jam and the driver tells her that it will take atleast another 10 minutes to get there. She is worried that Prachi is not answering her phone. Will Pragya be able to save Prachi? Stay tuned to find out.