In the next episode, Preeta catches up with the kidnapper in time to see the man carrying an unconscious Rishabh up the stairs. 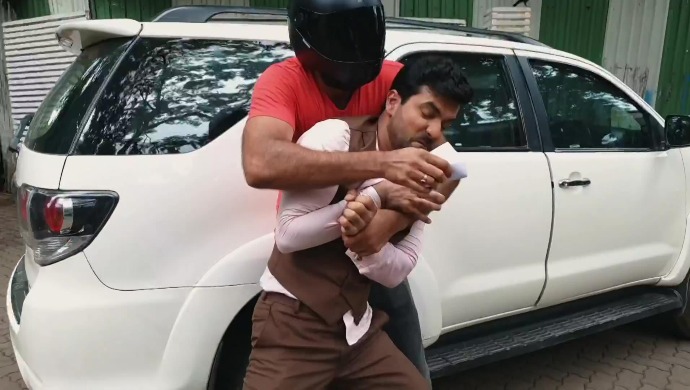 In tonight’s episode of Kundali Bhagya, Preeta is out buying vegetable with Srishti when she sees a man wearing a helmet attack Rishabh and kidnap him. Preeta takes a car to follow the kidnappers but Srishti doesn’t notice her missing. She thinks Preeta went home and gets worried when she is not there at home. Srishti calls up Sammy and asks him to check if Preeta is in the Luthra house to stop the wedding. Sarla overhears Srishti and gets worried. Meanwhile, Preeta loses track of the kidnappers while trying to keep some distance between them.

Preeta manages to find the kidnappers once again. She follows them to a hotel where she finds a man wearing a helmet carrying an unconscious Rishabh up the stairs. Preeta hides and looks at where the kidnappers are taking Rishabh. Meanwhile, Prithvi is happy that his plan to get revenge on Rishabh is going well so far. Will Preeta find a way to save Rishabh from the kidnappers? Find out in the upcoming episodes.