In the next episode, Preeta goes to Karan's house and finds out that he drank the bhaang. Karan winks at Preeta and hugs her. 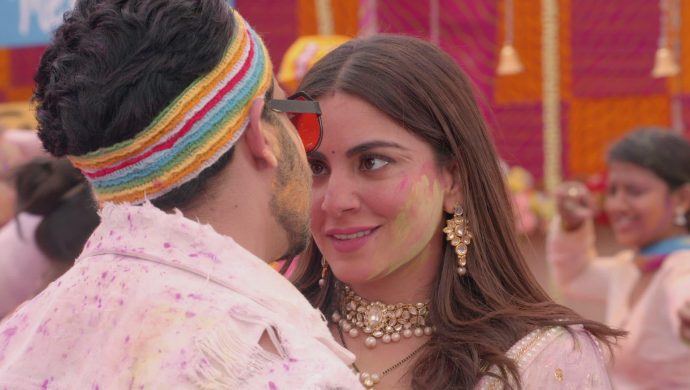 In tonight’s episode of Kundali Bhagya, Sherlyn sees Rishabh passing by while she is hugging Prithvi. She pretends to be crying and Prithvi hides behind a curtain. Sherlyn tells Rishabh that she wants to play Holi with him outside. Prithvi tries to leave but hides again when he sees Preeta entering the room. Mahira locks Preeta in the room and Srishti too when she questions her about Preeta. While Mahira makes Karan drink the bhaang, Srishti and Preeta find a way to escape from the locked room. Rakhi tells everyone that Mahesh has woken up. Preeta helps Mahesh who gets a panic attack after seeing Sherlyn in his room.

In the next episode, Mahira overhears Srishti saying that she is going towards the storeroom with Preeta. Mahira goes to the storeroom with Sherlyn but doesn’t find anyone there. Preeta and Mahira lock the room from outside trapping Mahira and Sherlyn. Preeta sits down with Karan and finds out that he drank the bhaang. Karan winks at Preeta and hugs her. Will Karan tell Preeta that he loves her? Find out in the next episode.