In the next episode, Abhi walks in the police station with Shahana while Pragya and Sarita are already there looking for Prachi. 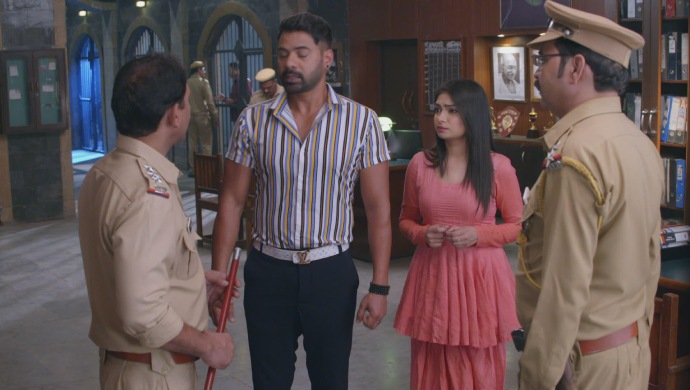 In tonight’s episode of Kumkum Bhagya, Sanju shows up and tells all the kidnappers he is their boss and asks them to not kill Prachi. Rhea calls him up accusing him of kidnapping Prachi to marry her. Sanju decides to marry Prachi before letting her go away from the kidnappers. Ranbir finds Prachi’s bag fallen on the road and follows the road to find an abandoned factory where Prachi is kidnapped. Before Ranbir can save her Prachi manages to escape, but Ranbir is caught. Prachi finds Ranbir’s car parked outside the factory.

In the next episode, Abhi reaches the police station with Shahana. Pragya and Sarita are tired waiting for the CCTV footage at the same police station. Abhi is scolding one of the police officers to speed up the investigation. Pragya takes Sarita outside to search for Prachi themselves. Prachi goes back to the kidnappers’ den and finds Ranbir tied up in the same chair as she was. Prachi says she will free Ranbir after doing one thing. What does Prachi have in mind? Stay tuned to find out.

Friday The 13th: 10 Horror Movies On ZEE5 We Dare You To Watch Alone