In the next episode, Karan tells Preeta that he knows she will not help him or Rishabh because she is helping Prithvi, the kidnapper. 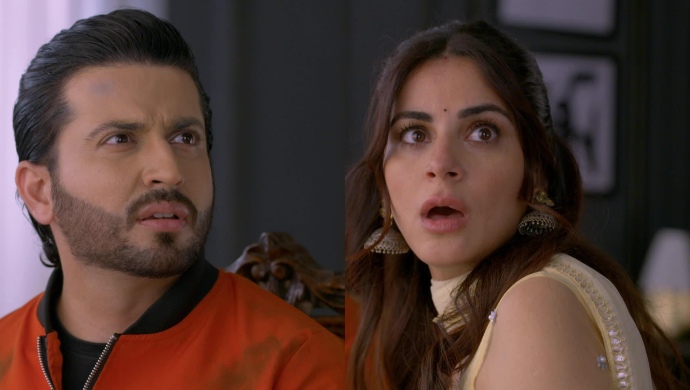 In tonight’s episode of Kundali Bhagya, Karan leaves the house to save Preeta and Rishabh after hearing Srishti’s call. Prithvi refuses to listen to Sherlyn about letting Rishabh go and is all out to get revenge. Sammy also finds out about the kidnapping and when Rakhi overhears him the whole Luthra House finds out about it. Sherlyn decides to go and save Prithvi from the Luthra family. When Karan reaches the hotel, he fights Prithvi who overpowers him and kidnaps him too. Prithvi keeps Karan and Preeta in the same room because they are unconscious. Sherlyn goes to the hotel to scold Prithvi. She decides to help Prithvi. when she sees Sammy and Srishti in the hotel to save Karan, Preeta and Rishabh.

In the next episode, Preeta manages to free herself but when Karan asks her to free him too she refuses. Preeta says she is going to save Rishabh first. Karan says that he knows Preeta is not going to save Karan. He says Preeta is going to join her friend Prithvi in getting what they want from Rishabh. Preeta looks shocked when Karan tells her that he knows Prithvi is the kidnapper. Will Preeta believe Karan? Find out in the upcoming episodes.

Catch up on the previous episodes of Kundali Bhagya, streaming on ZEE5.