In tonight's episode, when Preeta frees herself and leaves Karan behind, he accuses Preeta of helping Prithvi, the kidnapper. 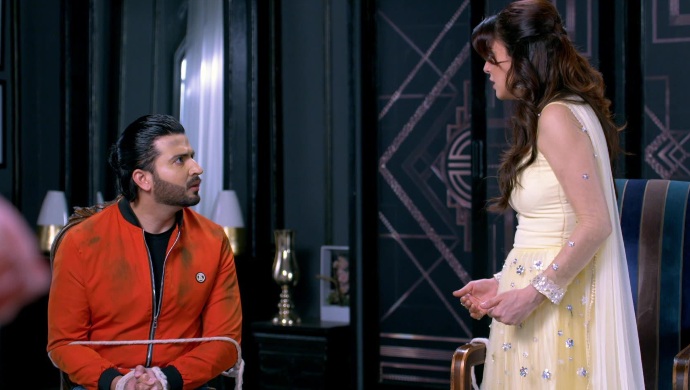 In the previous episode of Kundali Bhagya, Karan leaves the house to save Preeta and Rishabh after hearing Srishti’s call. Prithvi refuses to listen to Sherlyn about letting Rishabh go and is all out to get revenge. Sammy also finds out about the kidnapping and when Rakhi overhears him the whole Luthra House finds out about it. Sherlyn decides to go and save Prithvi from the Luthra family. When Karan reaches the hotel, he fights Prithvi who overpowers him and kidnaps him too. Prithvi keeps Karan and Preeta in the same room because they are unconscious. Sherlyn goes to the hotel to scold Prithvi. She decides to help Prithvi when she sees Sammy and Srishti in the hotel to save Karan, Preeta and Rishabh.

In tonight’s episode, Preeta tries to free her hand by moving the rope. Karan keeps taunting her for trying to escape too slowly. Preeta manages to free herself eventually and then goes to free Karan. However, he keeps annoying Preeta and taunting her saying he would have freed them faster.

Preeta gets annoyed and decides to not free Karan. She tells him that she will save Rishabh first because that is what she came to do. Karan says Preeta is only going to Rishabh because she was helping Prithvi in Rishabh’s kidnapping. Prithvi goes to Rishabh’s room and asks him to sign on the property papers. When Rishabh refuses Prithvi threatens to kill Preeta and Karan.

Sherlyn gets a call from Mahira and she lies saying that she is in the Luthra House. Mahira overhears someone saying the name of the hotel Sherlyn is in. She decides to come to the hotel to find Sherlyn. Sammy tries to get the receptionist to tell him the names of the guests in their hotel. However, he fails to trick the receptionist.

Prithvi gets the pen and paper for Rishabh to sign and hand over his property. Just then he gets a call from Sherlyn asking him to open the door and he leaves again. Preeta goes out of the room and decides to find the true identity of the kidnapper and prove to Karan that it is not Prithvi. Will Preeta realise that Prithvi is the one who kidnapped her? Find out in the upcoming episode.

Watch the new episodes of Kundali Bhagya, streaming before TV on ZEE5.