In the next episode, Karan and Preeta's fight escalates when Preeta gets tired of Karan's insults and slaps him. 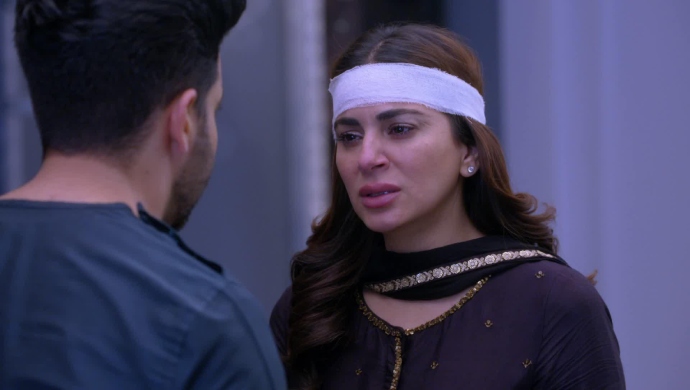 In tonight’s episode of Kundali Bhagya, Preeta runs up the stairs to meet Karan before talking to anyone in the Luthra family. She slips on oil that was sprayed on the steps by Prithvi. Rishabh saves Preeta and decides to find out who spilled the oil. Preeta goes to Karan who is angry at her. Karan accuses Preeta of betraying his trust and the faith Rishabh had in her. Karan thinks Preeta was helping Sherlyn inside the Luthra house.

In the next episode, Prithvi tells Sherlyn that everything is already ruined. He tells her to run away with him before Karan catches them. Meanwhile, Karan is insulting Preeta because he believes Preeta helped Sherlyn. He calls Preeta a middle-class woman. He accuses her of taking money from Sherlyn and disappearing. Preeta gets angry and slaps Karan. Will this ruin Preeta and Karan’s friendship? Stay tuned to find out.