In the next episode, Sarla is shocked when Srishti says that she went to the Luthra house to find out what legal notice Preeta sent there. 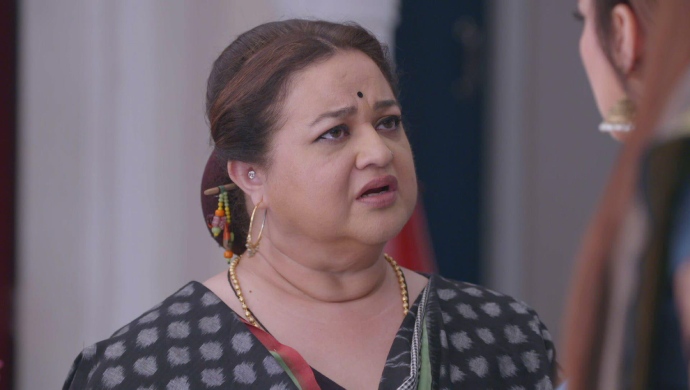 In tonight’s episode of Kundali Bhagya, Kareena calls Preeta to tell her that Srishti is at the Luthra house. Preeta gets shocked and leaves home right away. Rishabh tries to make Preeta leave, but she refuses to move till she finds out what is in the legal notice. Kareena then drags Srishti out of the house and throws her out of the gate. Preeta too slaps Srishti to going to the Luthra House and takes her home. In the Luthra house, Kareena says the only way to get rid of Preeta is to get Karan remarried. They decides to discuss this after the press conference.

In the next episode, Karan and the Luthra family are at the press conference. When instead of talking about the music video, people start talking about Karan’s marriage. They ask him who is his bride and when he got married. Karan yells at them to stop asking these questions when they ask Rakhi about her bahu. Sarla asks Srishti why she went to the Luthra house. Srishti says she only went there to find out what Preeta sent in the legal notice. Will Preeta admit that she has not sent any legal notice? Stay tuned to find out.

Sunburn 2019: 8 Popular Tracks By Top Artists On The Line-up This Year To Raise The Hype