In the next episode, Preeta and her family are shocked when the police search the house and find the necklace there. 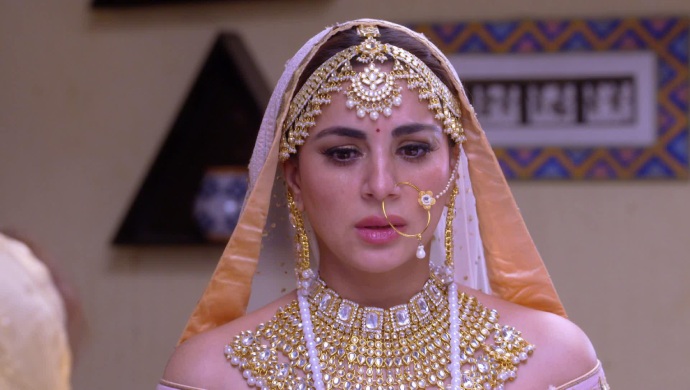 In tonight’s episode of Kundali Bhagya, Preeta finds out that Prithvi got 25 missed calls from Sherlyn to call off the wedding. Sherlyn accuses Prithvi’s mother of beating her and promises to stop the wedding. Sherlyn goes and asks Prithvi why he is marrying Preeta. Karan is hiding behind the sehra and refuses to answer her. Preeta sees Sherlyn with her bridegroom. Preeta asks him if something is going on between him and Sherlyn. Karan doesn’t respond to Preeta either. Preeta is convinced that Prithvi is cheating on her with Sherlyn. However, Biji notices Karan in the sehra and stops Preeta from calling off the wedding.

In the next episode, Biji tells Sherlyn she will never marry thean she is in love with. Biji asks Sherlyn why she wants to stop the wedding. When Preeta and Karan hold hands Preeta looks confident. However the police come out saying they found the necklace. Will Preeta end up in jail for robbing the necklace? Stay tuned to find out.