In the next episode, Preeta and Karan are kidnapped by the truck drivers. Sherlyn orders them to kill Preeta and send her proof. 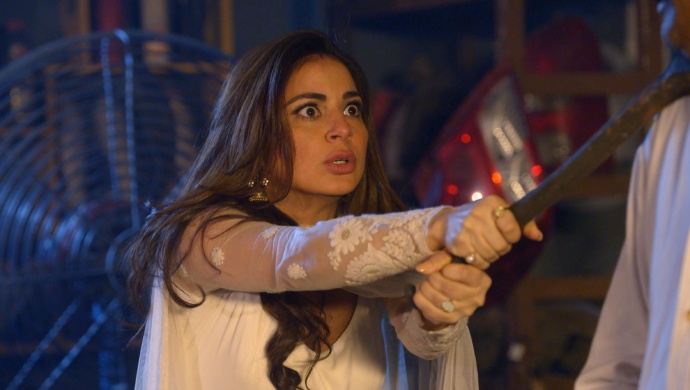 In tonight’s episode of Kundali Bhagya, the truck driver finds Preeta with Karan and runs away. Karan notices the truck driver escape in a truck and he follows them in the car. Mahira tells everyone that she decided to save Preeta in court only because Karan asked her to do so and she trusts Karan. Sarla refuses to believe that Karan was trying to save Preeta even when Rakhi tries to convince her. Srishti finds Sammy and asks him to drive with her to follow Preeta and truck driver. Preeta and Karan reach a garage where the truck drivers are waiting for them and they get kidnapped.

In the next episode, Preeta tells the truck driver that she is going to go to jail tomorrow anyway. She says that she is not afraid to kill him anymore. She threatens him to release Karan or she will stab him. The truck driver is seen talking to Sherlyn who asks him for proof that Preeta is dead. The truck driver is then seen trying to choke Karan to death. Will this be the end of Karan and Preeta? Find out tomorrow.