In tonight's episode, Preeta calls the police to stop the kidnapper from leaving the hotel and helps the Luthra family find Risbabh. 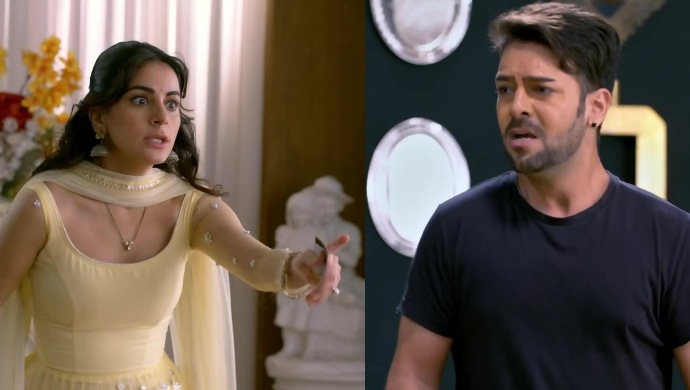 In the previous episode of Kundali Bhagya, Preeta tries to make a video call to Prithvi and prove that he is not in the hotel. However, Prithvi ignores her call while hiding with Rishabh. Mahira reaches the hotel and accuses Sherlyn of kidnapping Rishabh. Sherlyn finally admits that her lover is the one who kidnapped Rishabh and Karan. Mahira hears this and decides to save Karan but one of the other kidnappers tries to attack her. Karan frees himself and saves Mahira too. He meets Preeta in the hotel and accuses her of wasting time to help Prithvi escape.

In tonight’s episode, Karan and Preeta go in different directions to find Rishabh. Prithvi hides behind a newspaper with Rishabh when Rakhi and Kareena reach the hotel. They ask the man behind the newspaper if he has seen Karan Luthra. Prithvi manages to hide his identity while telling Rakhi that he has not seen Karan anywhere.

Preeta calls the police and asks them to surround the hotel so that the kidnapper cannot escape. Prithvi tries to leave through a smaller exit but goes back to the hotel when he sees the police outside. He realises the police cannot check the rooms so he decides to hide in his room again. On his way back Prithvi hears Preeta talking to the Luthra family in the lobby.

Preeta tells the Luthras that she called the police to catch the kidnapper if he tries to escape. They will try to get a hold of the kidnapper inside the hotel itself. Karan decides to go with Kareena, Sameer and Mahira to find who was the man hiding behind the newspaper. Preeta thinks the kidnapper went back to his room and goes there with Rakhi and Srishti.

Preeta finds the masked kidnapper taking Rishabh in a wheelchair and runs after him. Sherlyn sees this and pretends to sprain her ankle to help Prithvi escape. Preeta continues to follow the kidnapper and manages to stop him. However, Prithvi turns and pulls the rug under Preeta to make her fall backwards and hit her head. Will Prithvi manage to escape? Find out in the upcoming episodes.

Watch the latest episodes of Kundali Bhagya, streaming on ZEE5.