In tonight's episode, Mahira tells Preeta that she tried to kill Mahesh and Sherlyn helped her push him down the stairs. 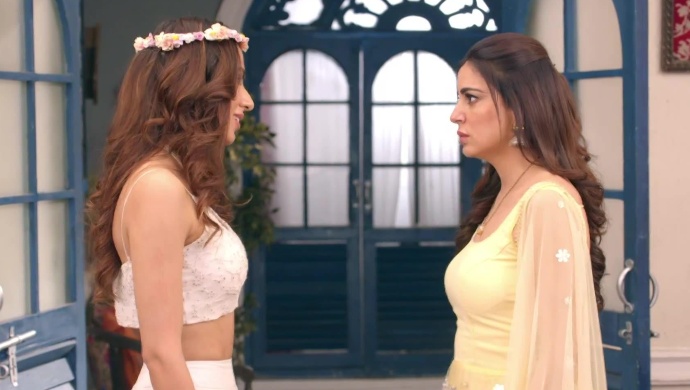 In the previous episode of Kundali Bhagya, Karan and Rishabh are in Mahesh’s room when Rishabh says that he thinks Preeta is innocent. Karan says everyone else believes Preeta is guilty and now he is beginning to doubt it too. Karan goes to his room and remembers all the moments he spent with Preeta during Holi and cries. On the day of the wedding. Mahira is nowhere to be found in the Luthra House. Sherlyn suggests that Mahira is kidnapped by Preeta. Mahira walks into Preeta’s house and says that she has something important to say.

Preeta tells Srishti to let Mahira sit down and explain what she wants to say. Srishti refuses to listen to Preeta, but in the end, leaves the room to let Preeta deal with Mahira by herself. Preeta tells Mahira that is still using her help to get to Karan. Mahira says that she is doing exactly what Preeta to did to get into the Luthra house by pretending to be weak and crying for help all the time.

Preeta demands to know why Mahira lied and said Preeta tried to kill Mahesh. Mahira says that that she is ready to do anything to make the Luthras hate Preeta and the false accusation is not even the worst thing she has done. Kritika goes to the temple and doesn’t see Mahira there but finds Sarla and Janki. They both behave coldly with Kritika and walk away from her.