In tonight's episode, Karan goes out of his house to check if the police are still keeping an eye on his house and meets Dr. Chahat Baig. 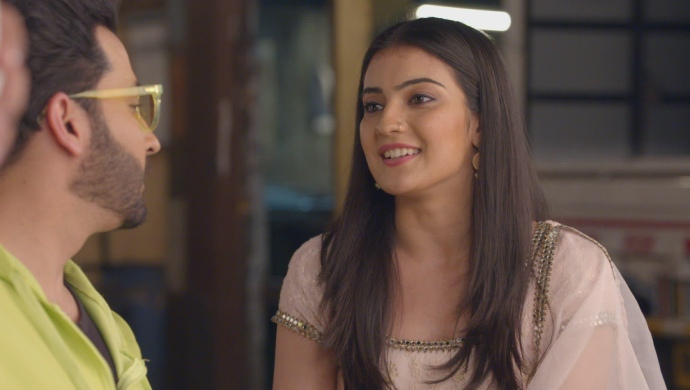 In the previous episode of Kundali Bhagya, Srishti tells Sammy that the police is trying to find Preeta. She asks Rishabh to check Sherlyn’s video again too because everyone is convinced that Preeta is innocent. When the police show up Rishabh is shocked that someone from the house had warned the police. The police comes with a search a warrant. Rishabh tells his entire family that they need to hide Preeta and Karan from the police. Rishabh asks Sherlyn to show him the video that she gave the police. Before Sherlyn gives him the video Sammy calls for help. Rishabh distract the police while Preeta and Karan try to escape along with the unconscious truck driver.

In tonight’s episode, Preeta and Karan take the truck driver away before the police can find them. Rishabh tells the police to go back in Daadi’s room because he feels Preeta is there. The police open Daadi’s cupboard but don’t find anyone there. They are about to leave the house when they find Sammy entering the house through the window.

Sammy pretends to be sleepwalking and Rakhi tells the police that Sammy has had this problem since childhood. The police decide to check the terrace too. Mahira feels Karan and Preeta are hiding in the water tank. She tells Kareena this too but no one warns the police about it. The inspector himself realises that they forgot to check the water tank.

When Karan and Preeta realise the police are opening the tank, the hide underwater along with the unconscious truck driver. The police don’t find anything again and apologise for disturbing everyone. When the police leave, Sherlyn and Mahira are angry because no one went against Preeta. Kareena says that if they went against Preeta then Karan would have been in trouble too.

Karan goes out of the house to check once more if the police are still keeping an eye on his house. Karan hurts himself on a nail on the house gate. Dr. Chahat Baig from the new Zee TV show is passing by in an auto rickshaw. She stops and decides to treat Karan’s injury because it is part of her duty. Will Karan succeed in getting Preeta out of trouble completely? Find out in the next episode.