In the next episode, Srishti meets Sammy and tells him that she suspects that Karan was the one who stopped the wedding. 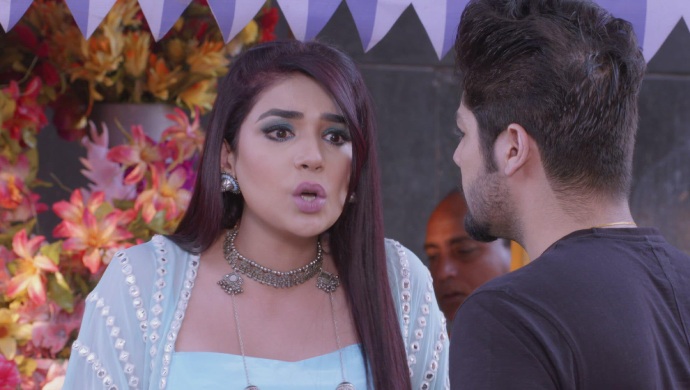 In tonight’s episode of Kundali Bhagya, Karan rushes to the venue to set the groom’s room on fire as to end Preeta’s marriage.  He finds Prithvi unconscious on the floor and calls the room service pretending to be him in order to save him. All this while, Sherlyn hides in Prithvi’s room watching all this. Karan also hides and waits for Prithvi to be taken to safety before he puts his plan in motion.

He throws kerosene around and throws a match to ignite the place before escaping. The whole venue is filled with smoke and people are trying to evacuate the building. Rishabh tries helping Janki aunty and risks being caught. Preeta’s mother suffers with chest pain and everyone rushes her home. Janki aunty tries to help others evacuate. Sherlyn is still trapped in Prithvi’s room and uses the commotion to escape.

In the next episode, Karan laments about the fact that he has to marry just because Preeta had sent a notice. Srishti and Sunny discuss about how it might be Karan who has a hand in causing trouble at Preeta’s engagement. Srishti also exclaims about how romantic this gesture by Karan was. Will Karan still end up getting engaged to Mahira? Stay tuned to find out.