In tonight's episode, Mahira feels Rishabh is trying to stop her wedding. Sherlyn fears Rishabh will find out the truth about Mahesh's attack. 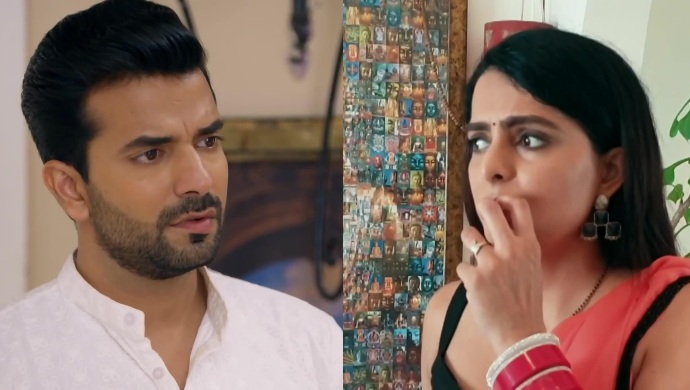 In the previous episode of Kundali Bhagya, Mahira tells Preeta the she tried to kill Mahesh. She promises to kill anyone who tries to come in between her and Preeta. Mahira slaps Srishti for insulting her earlier and says no one will believe Preeta even if she proves the truth. Kareena and Sherlyn convince eveyrone that Preeta tried to kidnap Mahira. When Mahira reaches the house, she tells everyone that Preeta tried to kill her. Kareena tells the guards to stop Preeta from entering the wedding hall at any cost.

In tonight’s episode, Preeta is walking on the road when she sees a gift roll towards her. She looks up and finds a man loading gifts in his car. She looks closer and sees it is Rishabh. She tries to walk towards him but finds someone attacking him and kidnapping him in a car. Preeta runs out and finds a car door open, she tries to steal the car to save Rishabh.

Preeta remembers that morning, how Mahira came to her house and confessed the truth. She is still shocked that Mahira tried to kill Mahesh. Srishti asked Preeta to come with her and stop the wedding from happening but, Preeta refused. Sarla also tells Srishti to stop bothering Preeta if she doesn’t want to go.

However, Preeta cannot stop thinking about Karan at home. When the haldi falls in her kitchen she thinks about Karan’s haldi ceremony. Rishabh also asks Karan if he really thinks Preeta tried to kill Mahesh. Karan says he is not sure. Rakhi also tells Rishabh that Preeta couldn’t attack Mahesh but she doesn’t know who really did it.

Mahira is worried that Rishabh will find out the truth. Sherlyn also sees Rishabh as a threat and decides to find a way to get him away from the house until the wedding is complete. Prithvi meanwhile, plots a revenge plan for both Karan and Rishabh. Will the Luthra family be able to deal with this triple threat? Find out in the upcoming episodes.