In tonight's episode, Preeta calls up Karan and plans to tell him the truth about Mahira but will he listen to her still? 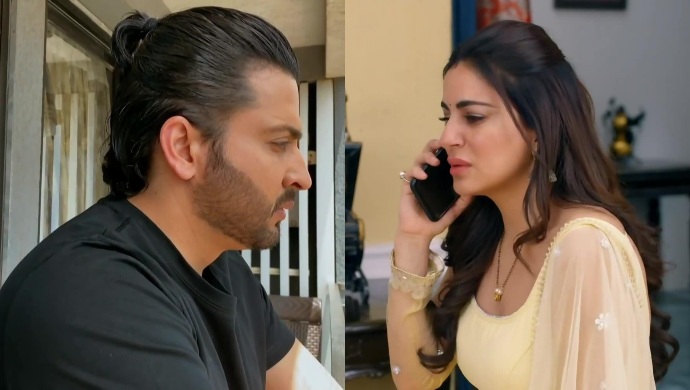 In the previous episode of Kundali Bhagya, Sherlyn tries to stop Rishabh from finding out the truth about Mahesh’s accident. She forces him to get into an argument about Preeta and makes him angry. When Kareena and Rakhi see this, they ask Rishabh to apologise for getting angry at Sherlyn, but he refuses. Preeta and Rishabh both read their horoscopes in the newspaper. While Preeta’s says she will either die or help save someone. Meanwhile, Prithvi asks Sherlyn to stay away from Rishabh but doesn’t reveal his revenge plan to her.

In tonight’s episode, Rishabh leaves the house to get gifts for Mahira’s guests and family. Prithvi hires a man to kidnap Rishabh when he is out of the house. Prithvi says he will now reveal his true side to Rishabh and have his revenge after waiting for so long. When Rishabh leaves, Sherlyn goes to ask Mahira why she was missing in the morning.

Preeta is still confused by her horoscope which says she will either get married or stop someone else’s wedding. She thinks this is a sign that she should stop Karan’s wedding. However, she doesn’t want to speak to Karan because she is angry with him. Srishti suggests she should go outside and buy some groceries to get some air.

Preeta decides to call Karan and warn him about Mahira. However, Karan sees Preeta’s call and ignores it. He doesn’t want to hear anything Preeta says to him because he is sure that she has been lying to him all this while. Karan is angry at himself for falling in love with her too. Will Preeta find a way to reveal the truth to Karan.