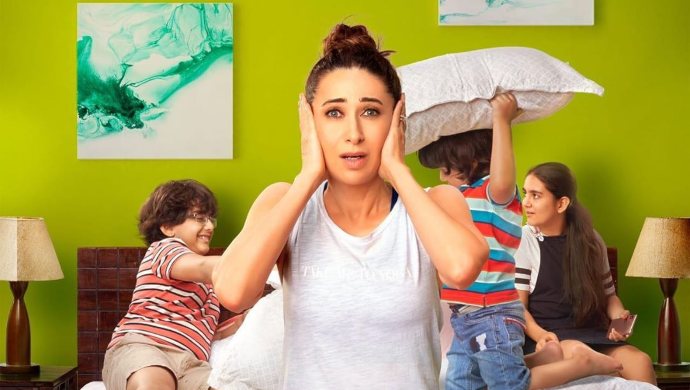 Karisma Kapoor is all set to make an acting comeback with ZEE5 Original and ALTBalaji Original web series Mentalhood. Last seen in Dangerous Ishhq in 2012, Lolo returns to the screen after a seven-year-long hiatus. Although she kept at making brief appearances in films and shows, she joins the digital bandwagon with Mentalhood. Karisma stars her as a multi-tasking mother of three kids. Her character Miera Sharma is a simple mom from Kanpur, trying to navigate through this jungle of Mumbai momzillas!

Tillotama Shome, Shilpa Shukla, Shruti Seth, Sandhya Mridul and Dino Morea shall be seen playing important roles in Mentalhood. Directed by Karishma Kohli, the show depicts how all these mothers carve a way out of unreasonable expectations and eccentricities in order to raise their children right. It will bring to light the various kinds of moms that exist, thus, relating to the viewers on a deeper level. Multi-tasking becomes a mother’s way of life while worry and guilt get drilled into her nature, Mentalhood orbits around these very aspects of motherhood.

Speaking about her role in Mentalhood and break from acting, Karisma was quoted by a leading news portal as saying, “Out of choice I wanted to be with my family and children. When I heard this script, it was so interesting. The script was about today’s mother and it was so strong. Women of all ages and all those who are mothers will identify with my character. It is also something which I am going through right now.”

She further added, “Young parents and older parents will identify with Mentalhood. My character is today’s mom and as a human, she will do the right thing and is real.”

Mentalhood starts streaming on ZEE5 soon! Stay tuned for more updates and dope on the series.

Are you excited to catch Karisma Kapoor back in action on Mentalhood? Share your views in the comments box below.