Mukul Dev On State Of Siege:26/11: I Heard Recordings Of The Terrorists, It Shook My Heart

He spoke about how he prepped for his role of a terrorist, Lakhvi, and how Matthew Leutwyler directing State Of Siege:26/11 was a blessing in disguise 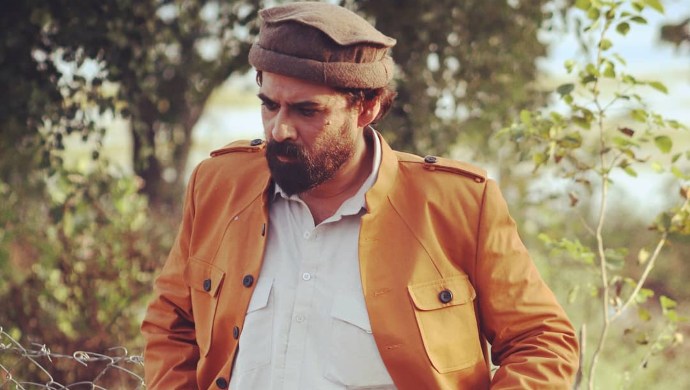 State of Siege: 26/11 is all set to revisit the sixty hours of terror that unfolded when ten terrorists of Lashkar-e-Taiba attacked landmark locations of Mumbai. Based on Sandip Unnithan’s book Black Tornado: The Three Sieges of Mumbai 26/11, the ZEE5 Original web series stars Arjun Bijlani, Arjan Bajwa, Mukul Dev, Vivek Dahiya amongst others. Co-created and helmed by American director Matthew Leutwyler, State of Siege: 26/11 brings to light several facets of the tragedy from the NSG’s perspective and also takes a deep dive into how the attacks took place.

In an exclusive conversation, Mukul states what sets the series apart from other projects made on the 2008 Mumbai terror attacks, who is his character Lakhvi based on, and more.

In retrospect, what is your memory of the 26/11 attacks?

I saw the horrendous turn of events on television, I was pretty much glued to it for the next three-four days. It really shook my heart. I just saluted everyone who was a part of it – the NSG, the Mumbai police, the policemen, the media. For me, it was quite a lump in my throat kind of scenario when I was watching it.

How is State of Siege: 26/11 any different from other projects?

Having said that the series is about 26/11, whatever I have shot from that believe that the entire team, apart from just showing what happened in Mumbai there is a fair amount of insight into the perpetrators behind the attack and the NSG. Starting from David Hedley’s recce of Mumbai then conveying the information to handlers in Pakistan, Lakhvi and Hafiz Saeed. These two trained a group of boys in Pakistan, in fact, in the first few months they didn’t even know what they were being prepared for. The details, in my mind, set this series apart from the rest of the projects made on the attacks so far.

Did it help to have an American director helm the project?

It truly was a blessing in disguise. It added the same effect as a completely unemotional experience. The director Mathew, even when he shot the handler portions, he didn’t want anything overemphasized. He said just go do your job, it’s another Monday. I believe it turned out really well. When these kinds of sinister things are spoken in a normal way it has a terrifying effect compared to shouting and all. The second good thing about Mathew was that he wouldn’t accept anything below the mark, be it the expressions or any shot. The directors from India are all lovely people but at the end of the day, they fell prey to that timeline culture. This guy was not aware of it at all. He was very clear that he is not going to okay anything that is mediocre. While being on the floor, an actor needs this kind of director. Working with Mathew was a complete creative satisfaction, that gives you a good night’s sleep.

Tell us about Lakhvi.

Lakhvi is the guy who actually not just masterminded but also put this operation together. Things to do with propaganda, finances, indoctrination, military training – he got all of them under one roof. He is the one who got David Hedley in the picture. He got recruits in the rural areas of Rawalpindi and Peshawar I guess. Then he bounced it off to Hafiz Saeed, Saeed was more of a celebrity kind of orator I would say. Lakhvi got him to talk to these people. He kind of legitimized what he was doing. After doing all these various aspects and wheels together, he then disclosed to the youngsters that what they are about to do is gonna go down probably in the history of terror. Then he set them off in that dingy. So yeah, a very evil man.

I don’t know if I should be saying this but when the attacks were unfolding, I heard recordings of the terrorists in Mumbai, through the operators. This guy had a major Punjabi tang to his accent. The continuous chatter was there, Jao gaddo pe aag lagao! This memory is engraved in my mind. So when this role came to me, it instantly started playing in my mind. I just diverged this banter in front of him and the people were like how do you know it, you got it bang on man. I still remember that guy’s voice and that’s what I have done in the series. If people can match what I have done in the series with that man’s I think it’d be a compliment.

How did you prepare for this role?

For this character, it was mostly mental preparation. This guy Rehman Lakhvi, I had to go through his entire profile that’s available in the public domain. He is one of the men that most of the terror groups have, who gets into the nitty-gritty of a job. The elite of the terror outfits wouldn’t be seen doing jobs that Lakhvi did. His mental makeup is such that he has done so many of such operations that I thought the best way to portray him, would be to play him in a very nonchalant way. For Lakhvi, 26/11 was just one of the attacks he carried out. Having done it otherwise would bring about a very cold-hearted, sinister personality of sorts. For him, it was just one of the jobs. After winding this up, he’d jump onto the next one and start recruiting people

State of Siege: 26/11 is now streaming on ZEE5. You can now watch the first episode of the series for free.

For behind the scenes fun content with your favourite TV stars including Drashti Dhami, Ravi Dubey and the cast of Kumkum Bhagya, click here.

A Tale Of Love, Revenge And Betrayal, Ishq Aaj Kal Is A Must-Watch Suspense Thriller

Baarish: Why Every Married Couple Should Watch This Series, Streaming On ZEE5 For Free