Pooja says that she is excited to play Shabir Ahluwalia and Sriti Jha's daughter even though the role of Rhea comes with a share of challenges. 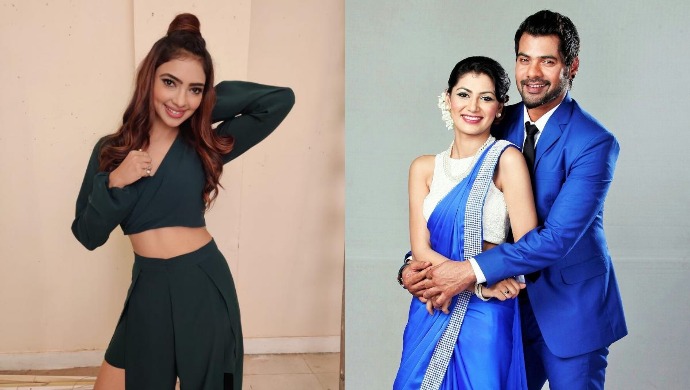 Kehne Ko Humsafar Hai actress Pooja Banerjee has been roped in by Kumkum Bhagya makers to essay the role of Rhea, Abhi and Pragya’s daughter in the Zee TV show. Actress Naina Singh who essayed the role of Rhea has quit the show and now Pooja has replaced her. Well, the pictures of Pooja taking over Rhea’s character are surfacing on the internet. These pictures of the new Rhea will leave you curious to watch the new episodes.

Take a look at her pictures –

In the pictures, Pooja as Rhea looks gorgeous in a bottle green crop top and high slit skirt. She pairs her look with a high half bun and leaves her long tresses open. She upped her fashion game by wearing yellow heels and just a hint of makeup. In an interview with a media portal, Pooja who is all excited about playing the on-screen daughter of Sriti Jha and Shabir Ahluwalia. She says, “I will play Sriti and Shabir’s daughter. I think I look younger than my age, so that won’t be a problem. Also, Sriti and Shabir are relatively older than my age group, so playing the part won’t be a problem. I will be essaying negative roles in the show and they will give me a lot of scope to perform.”

The petite actress believes that negative roles have always intrigued her and it was two years ago when she decided to play grey characters. Pooja says that she knows that the role of Rhea comes with a share of challenges and it has intrigued her as well. Pooja appreciated Naina and said that she essayed the character with utmost brilliance and had poise and grace in the role. Pooja further says that she adores Shabir and Sriti and have watched the pair while she was in school.

Pooja’s entry as Rhea will create a storm in Ranbir and Prachi’s life. Are you excited about the new Rhea? Stay tuned for more updates on Kumkum Bhagya.