In tonight's episode, Neel tells Chahat that he will find Dr Baig, the person who killed his sister and will ruin his life. 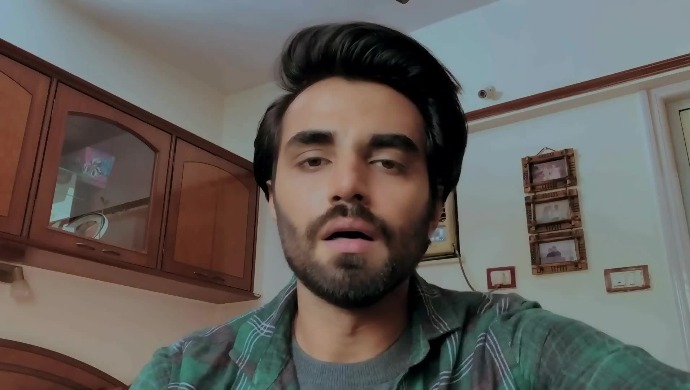 In tonight’s episode of Qurbaan Hua, Gazala calls someone and informs her that she has reached the dak bangla. Neel informs his friend that he has not been allowed to enter the village due to COVID-19 and he has been asked to stay in the dak bangla. Neel is shocked to see Chahat in a room. Neel accuses Chahat of running away from him and she says that she has come to search for her father. Neel and Chahat get into an argument and they accuse each other.

Neel and Chahat are shocked top hear Godavari’s voice. As he opens the door he sees mama, his father and mami locked in the same room. Neel connects everyone on a video call and they remember Saraswati. Vyaasji taunts Neel for his absence in the puja. Jamunaprasad asks Neel why he and Chahat are staying in different rooms? Vyaasji interrupts him as he says that they will get Neel and Chahat married as per Hindu traditions and rituals.

Vyaasji instructs his family to stay indoors for a week due to the coronavirus and tells them to use the time to their fullest. On the other hand, Gazala says that she will ruin a beautiful face and the person will have to leave the world soon. She sees Dr Rahil’s picture and says that no one will find out where he is. Chahat irritates Neel as she speaks in Urdu and he is unable to understand her language. Neel goes to the reception as there is no water in his room. Kajri, the receptionist gets irritated by Gazala’s calls. Kajri gets to know that Chahat is Dr Baig’s daughter and decides to tell her that her mother is staying in the basement. Vyaasji tells everyone that he will keep Saraswati puja in his room and everyone has to attend it through the video call.

Neel remembers her sister and promises to give Dr Baig a punishment for stealing his sister away from him. Neel calls someone and tells him to send him a list of isolated people’s name as he wants to know if Dr Baig is staying there. Neel disturbs Chahat and sings loudly. Kajri informs Chahat that her mother is staying in the same hotel. Neel overhears their conversation and gets happy knowing that Dr Baig’s wife is staying in the same hotel.

Bablu Dablu: Your Kids Will Laugh So Hard Watching This Comedy Of Errors